Since partnering with local non-profit Maker Nexus seven weeks ago, the 3D printing experts in De Anza’s DMT Department have been busy.  Mike Appio, Department Chair, and a team of four DMT staffers have been running the Additive Manufacturing Lab’s 3D printers 7 days a week, 20 hours per day, to turn out parts for protective face shields.  Maker Nexus donates and distributes the fabricated equipment to medical personnel throughout the Bay Area and beyond.  The initiative has rapidly evolved to high-volume production at Maker Nexus and its army of 500+ volunteer “Makers.”  To date, the Sunnyvale outfit has delivered over 40,000 of the shields, with orders pending for over 11,000 more.

“It’s been a big push and has demanded great teamwork from us, but we’ve really nailed down a production flow that has enabled us to make over 1000 parts per week, week after week,” says Appio.

“Based on the success we’ve had and excellent coordination with Maker Nexus, we’ve expanded the manufacturing processes and started ramping up printing of a new medical device, along with the face shields,” adds Appio.

Recently, the team began using its laser cutter to pattern the transparent plastic sheets that provide the face shields’ protective barrier.  Maker Nexus’s success in transitioning production of several shield components to high-volume manufacturing processes has shifted demand for the 3D printed parts to other components, which are being fabricated by the volunteer Maker community in large quantities.  “As a result,” team leader Dunsky notes, “the laser cutting became the rate-limiting production step.  So Maker Nexus asked us to help with that, too.  We were able to respond quickly and have been cutting shields for four weeks.”  To date, the De Anza team has delivered over 2900 cut shields to its non-profit partner.

This past two weeks, the group has again expanded its scope, 3D printing a new device.  The device, designed by a Bay Area maker in cooperation with a local Kaiser hospital, is an adapter to be used in Powered Air-Purifying Respirators (PAPRs).  Unlike N95 masks, PAPR units are reusable and give their users complete protection from airborne liquids and particulates.  Many hospitals in the United States may have these systems stockpiled from the 2014 Ebola epidemic.  One of the most common is made by 3M, but the 2014-era hoods do not mate up with the connections on the newer 3M VersaFlo PAPR respirators.  The device now being fabricated in the DMT lab is an adapter that allows the older hoods to work with the new air supplies.  So, with this design, hospitals with stockpiles of the older systems should be able to reuse them to protect doctors and nurses.  So far, the Kaiser system has requested at least 850 of the adapters and De Anza’s team has committed to printing 300 of them.

Department Head Appio explains, “Our industrial 3D printers have capabilities that are particularly well-suited to making these parts, which have some precision details such as screw threads.  We’ve verified that we’re able to make high-quality parts that the desktop machines, typically found in homes and maker spaces, struggle with.”

Foothill-De Anza’s administration has been pleased that in this time of urgent need, the college’s 3D printing educational resources have been rapidly pressed into service to the medical community.  Appio sums up, “We were able to demonstrate that the flexible equipment in our lab could be rapidly deployed to help out.  We’re participating in a national volunteer 3D printing initiative that was organized quickly, effectively calling on the Maker community to respond to the COVID PPE emergency.  Our department’s broad range of industrial and desktop printers, as well as our laser cutter, have seen a level of use in this high-production trial that we’ve never experienced before, and both the equipment and the team have performed quite well.  Eventually, we’ll use this experience to teach our students about the factors needed for success in scaling 3D printing to production levels.”

* Amid the COVID-19 crisis, healthcare workers around the globe are running out of PPE, leaving themselves at risk of contracting coronavirus. Working with a local hospital, I've designed an adapter that allows them to use their older 3M BE-10L PAPR (Powered Air-Purifying Respirator) hoods with their newer 3M VersaFlo PAPR respirators. Unlike N95 masks, PAPR units are reusable and give their users complete protection from airborne liquids and particulates. Many hospitals in the United States may have these and other similar systems stockpiled from the 2014 Ebola epidemic and with this design, may be able to reuse them to protect doctors and nurses.

Thanks Prusa for this great design. 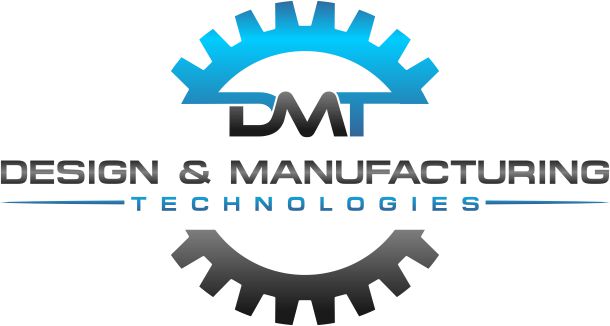