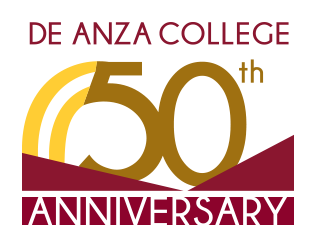 Here is the winning 50th Anniversary logo chosen by faculty and staff.
Thank you for your participation!

As the college celebrates its 50th anniversary during the 2017-18 academic year, De Anza is hosting a series of campus activities focused on the theme, "Engaging the Future: The Next 50 Years."

Update, End of Week Two: Rodriguez and his student assistants have begun filling in the background. 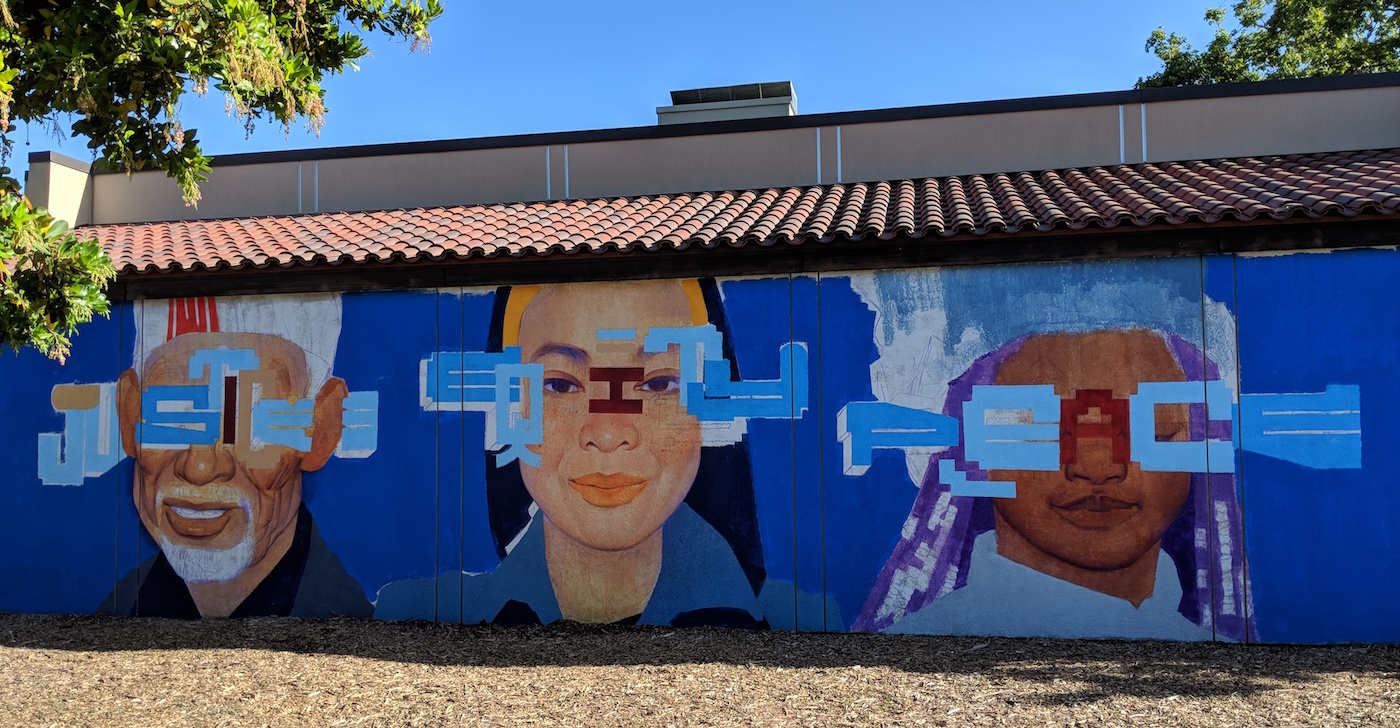 Update, Week One: After a few days, these portraits are emerging from the initial sketches by Rodriguez. 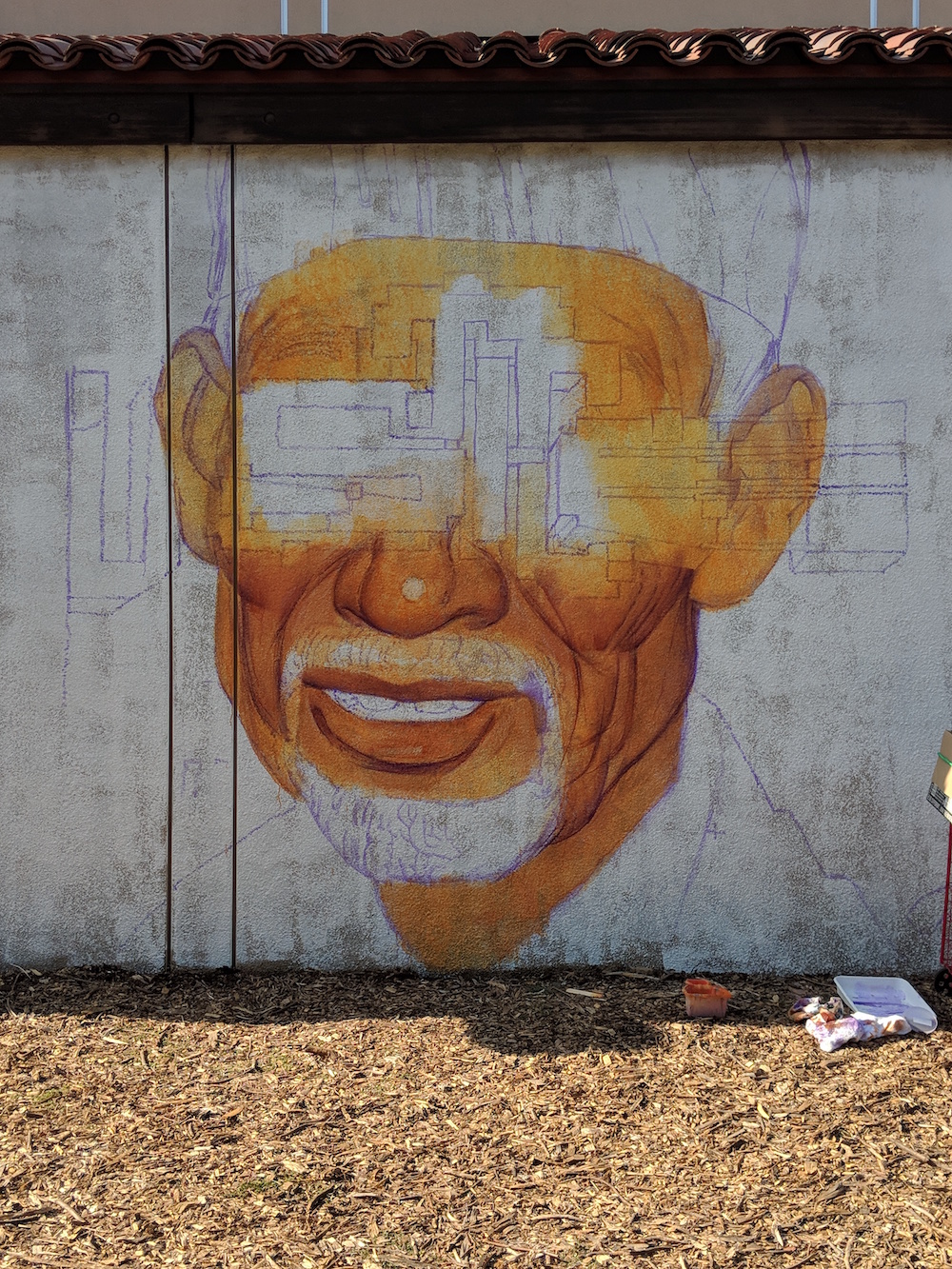 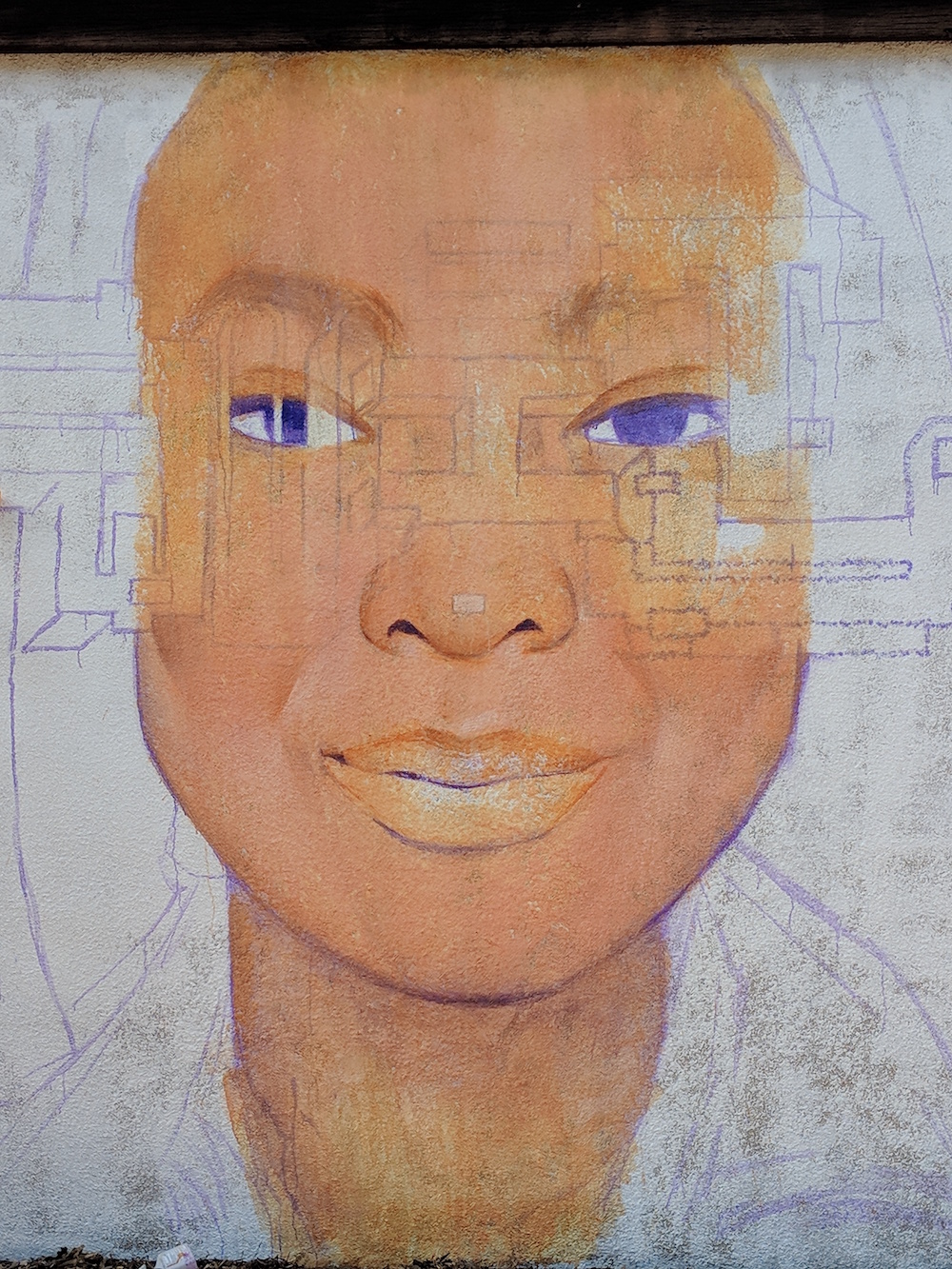 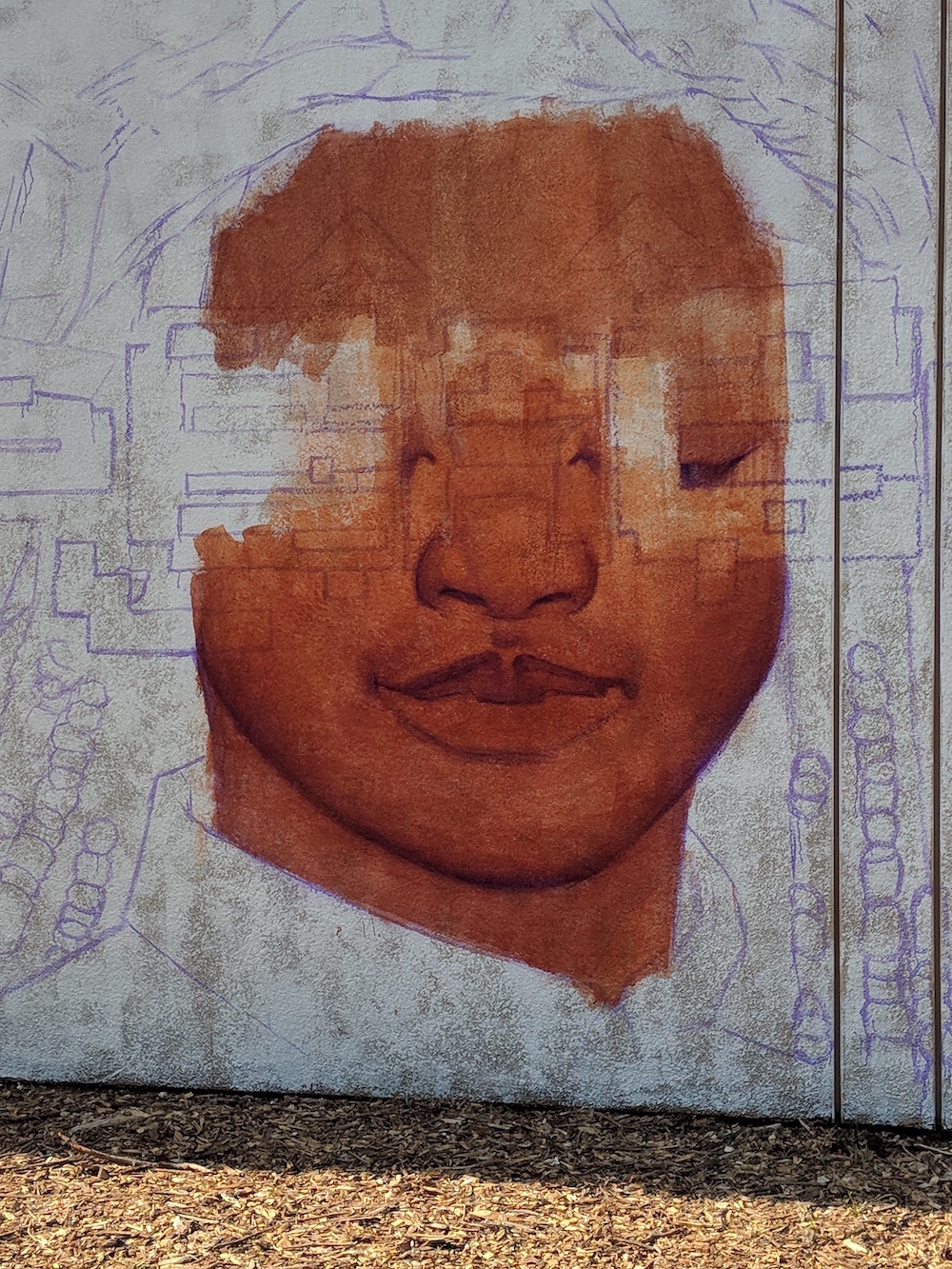 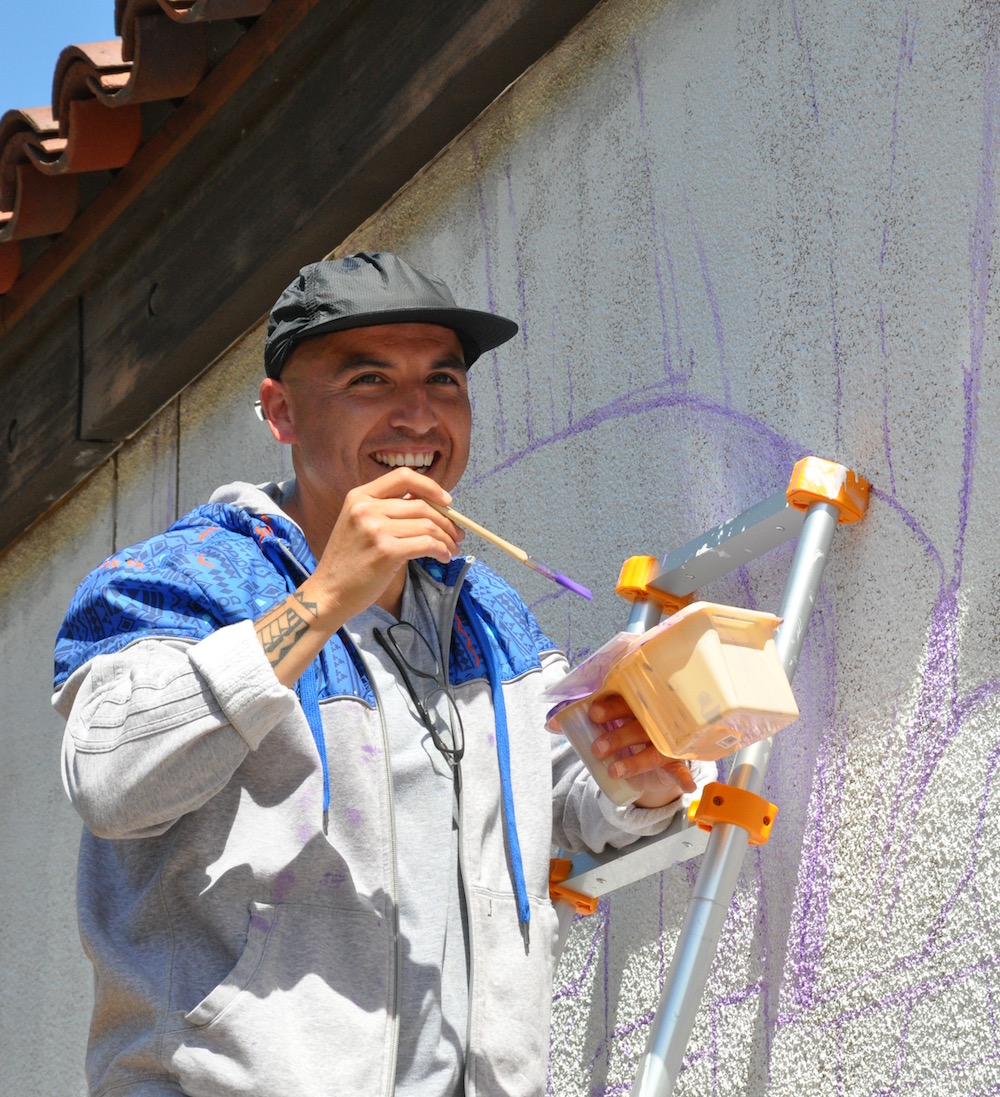 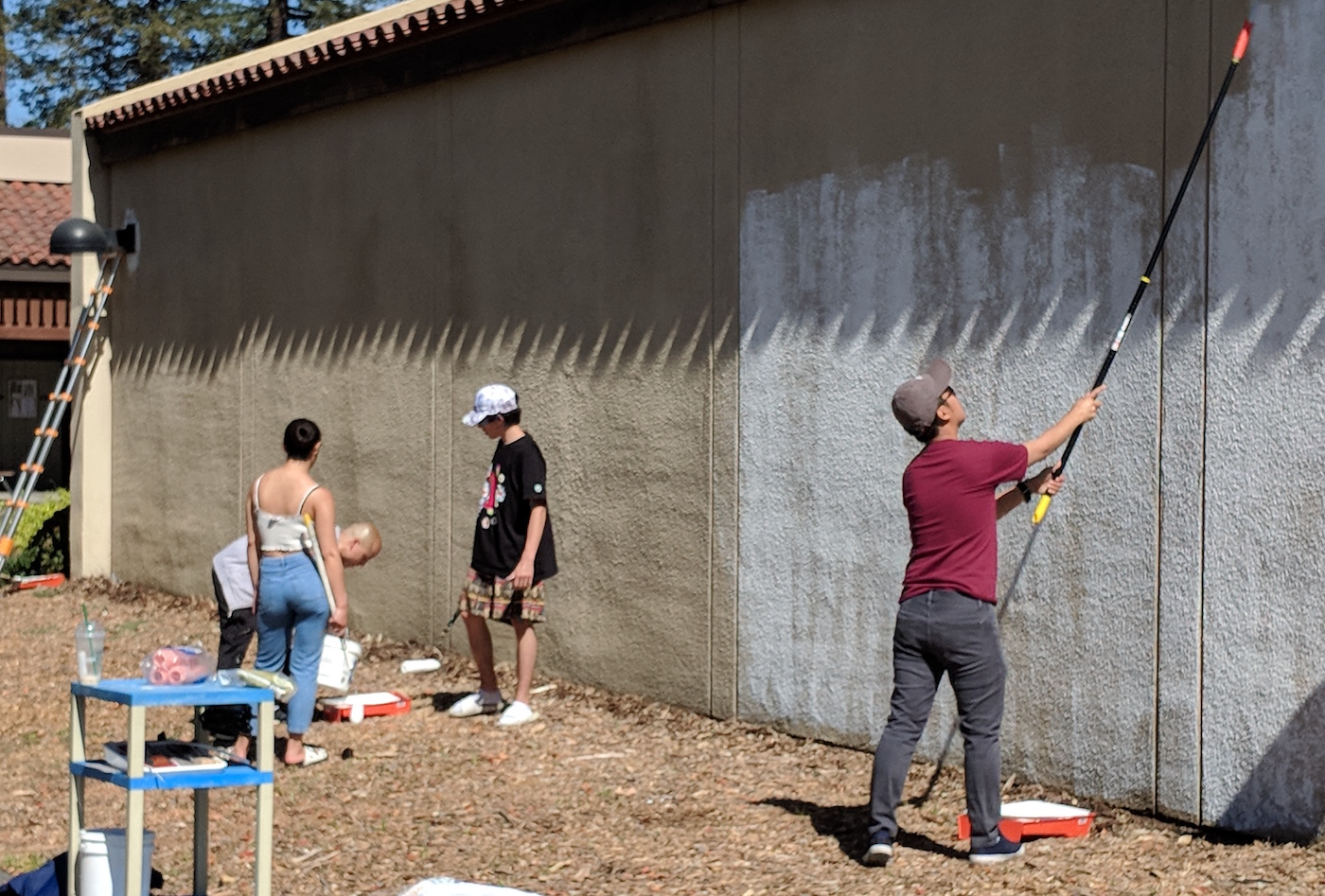 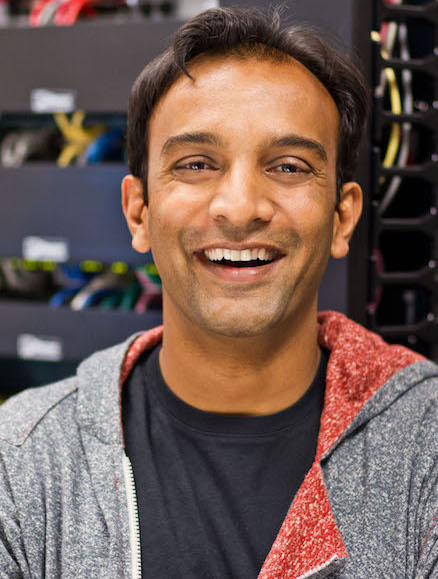 DJ Patil, a De Anza alumnus who went on to earn his Ph.D. in mathematics, is a veteran tech executive who served as the first Chief Data Scientist for the United States during the Obama Administration. In that post, he led government efforts to bring the power of data analysis to such fields as traffic safety, health care and national security.

Currently, Patil is Chief Data Scientist at DevotedHealth, a health care startup focused on serving seniors. He is also a Senior Fellow at Harvard University’s Kennedy School of Government. Before joining the Obama Administration, he was a vice president for product at RelateIQ, which was acquired by Salesforce, and was Chief Scientist and Chief Security Officer at LinkedIn

Patil returned to campus on May 7 to give a special 50th Anniversary talk on the subject of "Engaging the Future." He spoke to an audience of students, faculty and staff in the Visual & Performing Arts Center. The talk was also live-streamed and the replay is available below.

"A Taste of History"

Juan Felipe Herrera, the featured guest at this year's benefit for the California History Center and the Euphrat Museum of Art, is the immediate past Poet Laureate of the United States (2015-2017) and the first Latino to hold that position. A former adjunct faculty member at De Anza College, he has been called “the elder statesman of Mexican American poetry.” 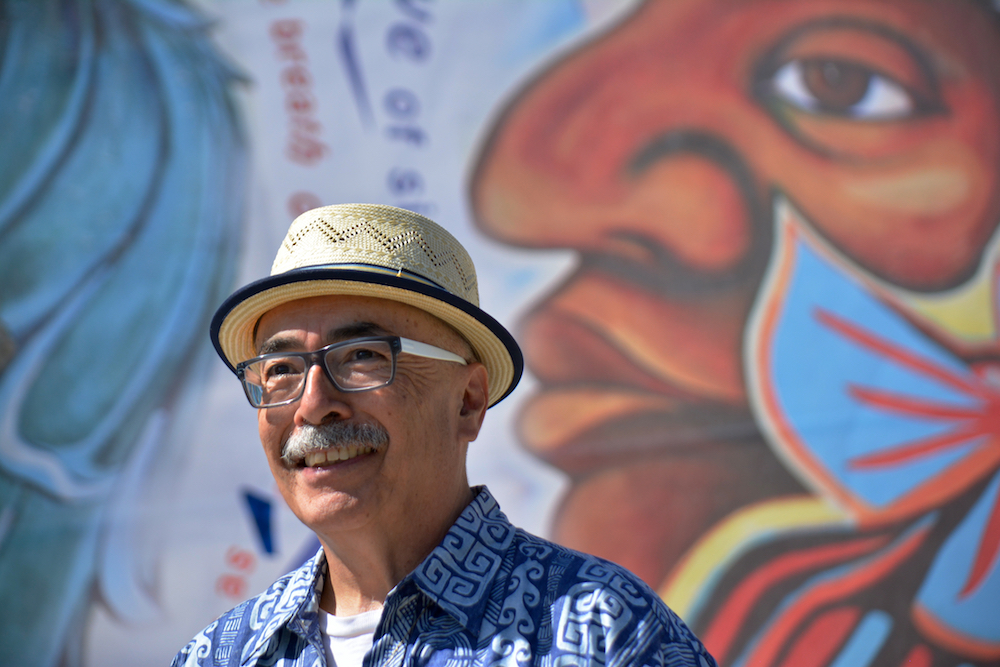 At this year’s Taste of History, Herrera shared stories and performed with a troupe of friends, musicians and poets.

The event also featured wine tasting, food and an opportunity to view the Euphrat Museum’s fall 2017 exhibit, “Kindness as Resistance.” 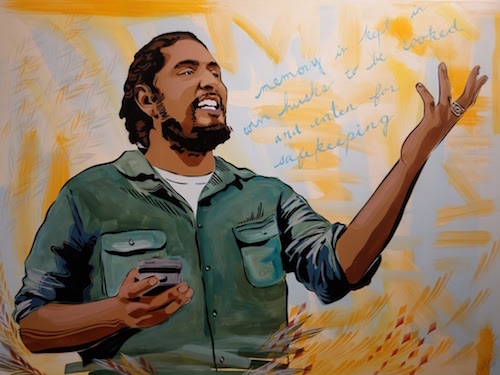 For the 50th Anniversary of De Anza College, the Euphrat Museum of Art commissioned a special project with the Teatro Visión theater company and community artist Kate DeCiccio.

The project, entitled "Acts of Kindness," includes a portable set piece that features portraits of five people from the De Anza community who have worked to build community, encourage civic engagement and create opportunities for expression. 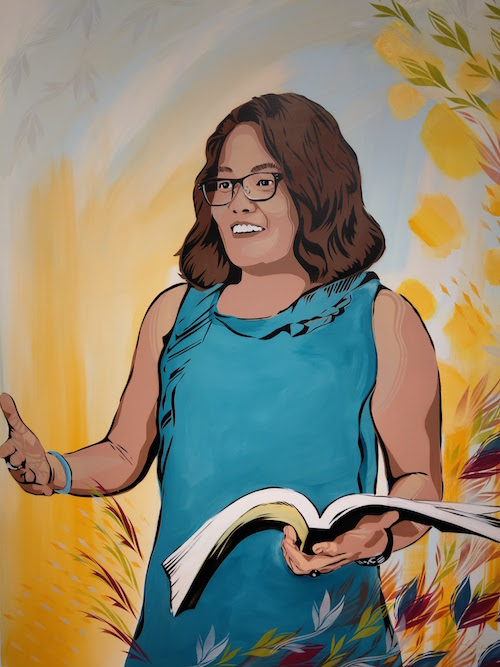 Also as part of the anniversary project, Teatro Visión artistic director Rodrigo Garcia presented a series of workshops with De Anza students from MEChA and the ChicanX Studies program, including a performance and vegetarian tamale meal in the Euphrat museum and lobby.

In addition, De Anza alumna Shaila Ramos led a series of “Resistance through Artivism” workshops for students in the HEFAS program, culminating in an “artful day of action” in December.

Established in 1967, De Anza College was built on 112 acres of a former turn-of-the-century wine-producing estate. Today the campus sits in the heart of Silicon Valley, known worldwide as an incubator for technology and innovation. De Anza's faculty, staff and 20,000 students reflect the highly diverse ethnicities, cultures and backgrounds that comprise the region.

As its mission statement says, "De Anza College provides an academically rich, multicultural learning environment that challenges students of every background to develop their intellect, character and abilities; to realize their goals; and to be socially responsible leaders in their communities, the nation and the world."

The depth and breadth of De Anza's academic programs can be measured in the 66 degrees, 85 certificates and 1,655 courses offered at the college. Through its basic skills courses, support services and Learning Communities, the college provides new opportunities for students who have been underserved by their previous educational experiences. Also central to De Anza's mission is its work to engage students in civic learning and democratic practice.