Jean Miller and the JMRR

The Story of the JMMR

The center was created to provide resources, training and programming aimed at increasing awareness and advocating for issues around the intersections of gender and sexuality with race, ethnicity, class and disability.

On this page, you can read more about Jean Miller and previous work done by the center, including past video projects.

Jean Miller was a beloved educator at De Anza College. She was a mentor not only to students but also to her colleagues, including faculty and staff.

Born and raised in Denver, Miller worked in a variety of jobs over a 20-year period, before she became an educator. She sold office supplies, wrote legal briefs, modeled for students at art schools, sold magazine subscriptions and wrote computer code. During those two decades, she also participated in social movements, advocating for peace, civil rights, women's rights and gay rights.

Around the time her son turned 12, Miller went back to school. She earned a bachelor’s degree from New College of California and a master’s degree in creative writing from San Francisco State University. She began teaching English at De Anza in fall 1989. 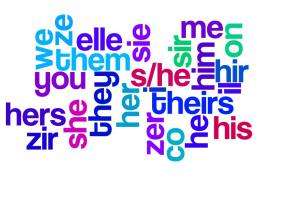 Student interns Nahielly Torres, Mei Suzuki and Matthew Travers created the Chosen Name and Pronoun Policy which allows students across the De Anza and Foothill campuses to identify their chosen name and pronoun on campus documents, especially class rosters, preventing the trauma and anxiety that comes with being miss-represented in the classroom or when seeking services on campus.

QIT was founded in June 2015 by student intern Maximus Grisso and a group of students and faculty concerned with De Anza College LGBTQ+ equity and campus safety. From this initial meeting, the group produced a list of goals and objectives for De Anza College. Since then, QIT picked up the Chosen Name and Pronoun Policy project, originally started by the Jean Miller Resource Room, and the Equity Action Council adopted QIT as an Advisory Group. QIT goals were:

Clothesline Project (Part of Take Back the Night)