Christina G. Espinosa-Pieb has shown a commitment to diversity, equity and student success throughout a career that has spanned nearly four decades at De Anza College. 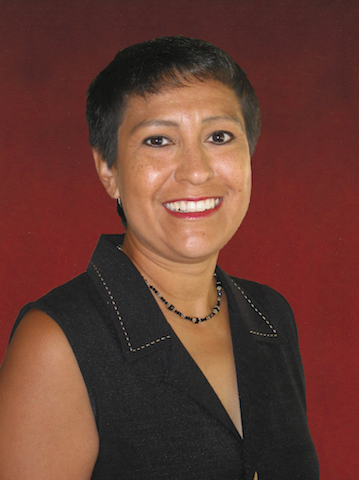 As vice president of instruction, Espinosa-Pieb leads the college’s academic divisions, which educate about 20,000 students each fall. She played a central role in the hiring and evaluation of faculty and has been a strong voice for equity and diversity in hiring throughout her career at De Anza.

The vice president of instruction oversees an annual budget of $80 million and represents the college in negotiations with the faculty association. Espinosa-Pieb also leds the college’s enrollment management efforts and participates in many shared governance activities.

A first-generation college student herself, Espinosa-Pieb initially came to De Anza College as a community volunteer, working with disabled students. Her employment with the district began a few months later, in 1980, as a student employee.

Over the next 18 years she worked in a variety of increasingly responsible positions – including administrative assistant, lead affirmative action representative, and coordinator of Disabled Student Programs and Services – before becoming dean of academic services in 1999. In the dean’s position she oversaw offices devoted to diversity and staff development, managed Learning in Communities (LinC) and Honors programs, led the tenure review process, and acted as the college’s accreditation liaison officer.

"Christina's work ethic, sense of fairness, commitment to De Anza's core values, community engagement, and unwavering advocacy for student equity are just a few of the many characteristics that position her to lead De Anza successfully through challenging times to an even higher level of educational quality," said Judy Miner, chancellor of the Foothill-De Anza Community College District. Miner, when she appointed Espinosa-Pieb as interim president after former President Brian Murphy retired.

Espinosa-Pieb’s story is one of determination, hard work and a desire to help others realize their potential and succeed. She learned about the benefits of a De Anza College education firsthand by taking classes at night while working full time, ultimately leading to her career in higher education.

Her initial goal in taking classes was to become a secretary in the college’s Disabled Student Services Program. By the time she accomplished that goal, she’d become a devoted lifelong learner. She went on to earn a bachelor’s of science degree in business administration from the University of Phoenix, then a master’s degree in international and multicultural education from the University of San Francisco, both while working full time. She has completed all but her dissertation in Walden University’s doctorate program in community college leadership.

Informed by the variety of positions she has held at De Anza, Espinosa-Pieb is a strong advocate for the integration of instruction and student services to support student success and retention. For several years she also taught a course at the college, Women of Color in the U.S.A.

Espinosa-Pieb grew up in Corning, a small town near Chico, CA, with her parents and seven siblings in a three-bedroom, one-bath home. In these circumstances, she said, “communication and respect for others was an absolute necessity each day.” As child number six, Espinosa-Pieb attributes her people skills, strong work ethic and love of multi-tasking to her upbringing.