Juan: Learning From the Journey 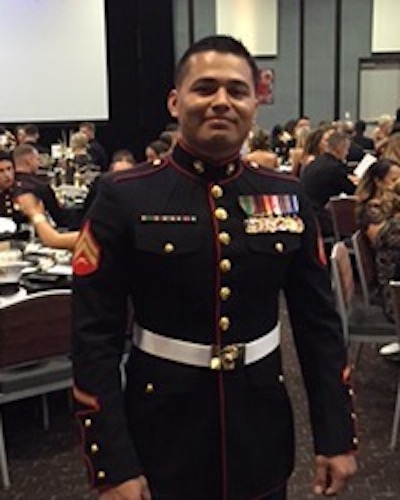 My educational experience before the military was unguided.

Both of my parents worked throughout my primary education, so there was hardly an adult around. I never did any sports and I hardly tried in my studies. I dropped out of school for a couple of months and registered at the Independent Adult Education Center in San Jose and did night classes while I worked in the mornings and afternoons.

I took the GED test in April 2008 and, with those credits awarded to me from the exam, I earned my high school diploma a month before my new graduation date. I was a “super senior,” since it was a year after my original graduation date.

Two weeks later, in May 2008, I shipped off for Marine Corps boot camp, where I remained enlisted until October 2016 – eight years and five months exactly.

My military experience did not affect me in regards to education until later in my career. I felt stupid and not cut out for university, so the thought of going to school terrified me. I never thought of school until after my reenlistment. I reenlisted in October 2012 after my second deployment into Marine Security Guard (MSG) duty, a temporary duty that would take me abroad to provide internal embassy security for the Department of State. I was posted in Tunis, Tunisia and Moscow, Russia for a year in both countries.

This duty removed me from the Marine Corps, figuratively speaking, because it surrounded me with diplomats and civilians serving for the United States and other countries in things totally unrelated to the military. They came from political, economic, linguistic and engineering backgrounds. They influenced me to pursue my dreams and to tackle the things I am most scared of. MSG totally changed what I wanted to do with my life: I wanted to leave the Marines for an education, return to my family, and continue to travel and learn in both the classroom and outside. But it took two years of thinking about my discharge and what I wanted after.

Learning Inside and Outside the Classroom 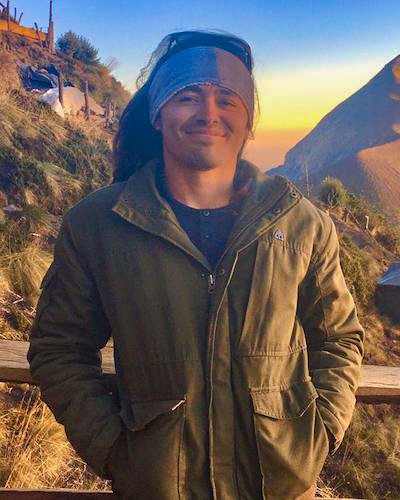 Since my discharge, the experience of transitioning to academia has had its ups and downs, with feelings of closing myself off and resorting to military behavior that is normal within the service. For a while after my discharge, my temper would show and being antisocial (which is still my biggest challenge) resulted in me not making very many new friends, though I was traveling on summer breaks, which was the third goal of mine.

Since my discharge I have driven to Michigan and back from California, visited France twice, Spain, and Copenhagen, Denmark. During summer 2019, I rode a bicycle from Houston, Texas into Mexico where I rode both the bicycle and buses, and hitchhiked all the way to Guatemala. My conviction is strong that these months abroad have done nothing but influenced me in positive ways. My confidence is growing and I believe a combination of classroom, family time and traveling are what will help me succeed in whatever I choose to do.

To any veterans who are curious about the secret to succeeding in academia and in general life, post-discharge, I would say the same things: There are no secrets. My strategy of leaving the military in the closet, minimizing my time with other veterans so as not to let them influence me, and looking at the world as a student in all matters has been helping me. They need to check their ego about being the “tip of the spear,” find their humility, and if time allows, take their time in academia. They should not be afraid to meet new people of new backgrounds. The veteran never knows, but they should find the experiences they need to break their military mold and create a new person for themselves.