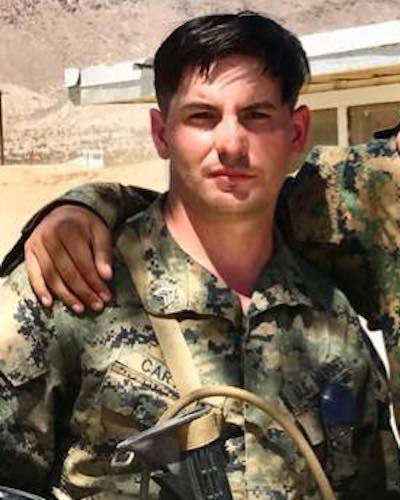 My transition from the military to college was really rough.

I didn’t have any experience with college before the military aside from the AP classes I took in high school, which I’m sure doesn’t count. I tried to do some college coursework – it was common for people to take a course or two while they were in – but for me it didn’t work out very well.

Marine units usually try to make time for you to go to class, but when I tried to take online courses, my military assignments would change: A random field operation during the quarter. Sometimes a training exercise where we camped outside the barracks, just far enough so we didn’t have wifi to work on assignments. A changing of station to go to Japan. Long story short, I ended up with a bunch of Ws and a couple Fs, royally messing up my chances to get into colleges once I got out.

When you are close to exiting the Marine Corps or any other branch, you have to take a class called Transition Readiness Seminar, a weeklong course where they are supposed to teach you how to do things like apply to schools or apply for disability. We spent the whole time doing interviews and resume training. It was good training, and now my resume is flawless, but I didn’t know how the GI Bill worked, or that I would be starting my college career on the verge of academic probation because of my GPA.

Making the World a Better Place

I joined the Marines because I wanted to save the world. I wanted to make the world a better place and serve the country that I had the privilege to be born in. It’s still something that I want to do. I’m working towards an International Relations degree in hopes of working with the Department of State. It was in the Marines that I figured out there are a million ways to serve your country. It doesn’t have to be something grand – just helping one another when they need it is service.

My experience with school in the military kind of left me jaded about the whole idea. All I had access to was online classes. If I didn’t understand something, I had to do a whole bunch of fast googling in order to figure it out myself, because I typically couldn’t get hold of the professor. My first few semesters at community college after I got out were a disaster as well. That was on me, though. I didn’t do the homework. I got good grades on all the tests, but when 50% of your grade is homework and you don’t do it, well I’m sure you don’t need me to do the math for you.

I’m originally from North Carolina, a small town called Welcome (yes, really). Having spent five years in an organization with people from all races, religions and sexualities has helped me understand that I no longer agree with some of the “values” held by many people there – “values” that I once held. So I stayed in California, going to school and working so that I wouldn’t have to go back. Working full-time and being a full-time student didn’t leave a lot of time for homework. It's a bad excuse but it’s the one I have. 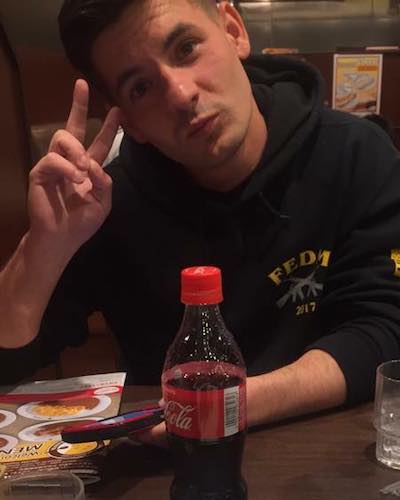 The biggest thing that helped me finally flip the mental switch was my friends around me. I was going to MiraCosta College, a college right next to Camp Pendleton in Southern California. Since it was filled with veterans and active-duty personnel, it was a good place to make friends and talk to people who were going through the same things I was going through. It was because of them that I was able to pull myself out of my slump and get myself in gear.

If I had to give any advice to new people starting college, especially in the military or just coming out, it would be that college is very different from the world of high-school or the military. If you miss a deadline or don’t show up, there’s no angry text about accountability or the mission, or a call to your parents. It’s all on you.

Despite how competent a Marine I was, now that I had freedom, I had too much of it and let it go to my head. It really set me behind. Keep some of the rituals you had – they help keep you grounded. This school stuff isn’t nearly as hard as the stuff you’ve already done. It just requires a different kind of mindset.