Juan Esteban: The Payoff In the End 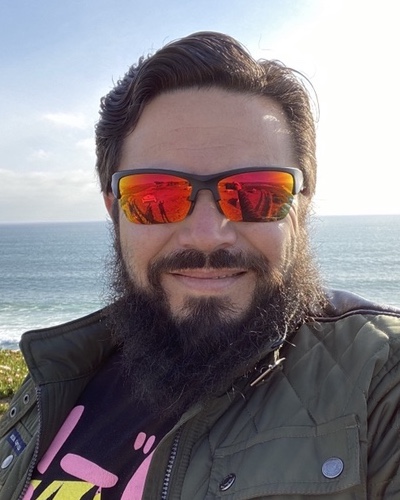 My educational journey began in 1998, when my family and I set foot in the United States for the very first time.

Back then, we did not speak any English, so it became very clear to all of us that in order to succeed in this country we had to learn the language. All of us then proceed to get educated and began attending school.

Sadly, our financial situation forced both of my parents to find a job and drop out of school after a short period of time. A few years went by, and I too was inclined to do the same, but before I did, I got my GED.

Not long after that, I went to school to learn a skill that gave me a certificate which I used to find a decent job. However, I was not satisfied with the pay I was receiving, so I made an attempt to go to college. This idea met its end after two quarters.

Three things were the cause for this to happen. One, the language barrier was still an issue. Two, I was still helping my family financially and since I was paying for education out of my own pocket, this left me with very little money to spend on myself. Third, I believed that I could find success in life, not through education, but through hard work. So, I got a second job and again dropped out of school.

Sometime after that, I married my beautiful wife Mayra. One day, she said that she felt I was not happy with my job – to which I replied that I was not. She then asked if I would like to change my career. I confessed my desire to go back to school and become an auto mechanic. Mayra supported my idea and within a couple of months, I was a student at Wyotech Institute. I got my diploma after two years of education. But I never looked for a job in that field because I lost interest in working with vehicles.

I was very disappointed at myself for failing yet again, but I was even more disappointed at the fact that I wasted time and money pursuing education on something that did not make me happy. I apologized to my wife for committing such a horrible mistake and I promised to never seek to go to school again to avoid a similar situation in the future.

Time passed and Mayra noticed that I was still unhappy, so she asked me: If  I could do anything, what would it be?  I told her that I had always dreamed of joining the military, but I have always thought that she would disapprove of the idea. I was shocked when I heard Mayra say that I should join and that she would support me in this new chapter of our lives.

I joined the U.S. Marines as an infantryman for two reasons: to follow a dream and fulfill my civil duties. After my graduation from boot camp, I was sent to the basic School of Infantry at Camp Pendleton, California, where I learned my Military Occupational Specialty as a Mortarman (MOS 0341). Following this, I was sent to my first permanent duty station: Third Battalion/Fourth Marines, located in 29 Palms – from which I deployed to Afghanistan on three different occasions.

In my last two years of enlistment, I was given orders to serve as a combat instructor at the basic School of Infantry at Quantico, Virginia. Before the end of my enlistment, I began looking for a job, but my limited education and work skills plus my physical disability turned the job hunt into a nightmare. I thought I was never going to find a job that would allow me to provide for my wife and three children, but luckily for me, I found that job with the United States Postal Service. Almost two years went by and I was not happy with the route my life was taking at that time, so after putting a lot of thinking into my future, I realized the best course of action was to give school another go.

With the help of the Veteran Services office, I enrolled in De Anza College, where my counselor helped me create an educational plan and I signed up for some classes, in winter quarter of 2018. Transitioning to school was not easy and I certainly felt like giving up after my second quarter. I was struggling with math classes and no matter what I did on my own I was still getting bad grades. This of course was very upsetting and led me to believe that I was not school material. However, this mentality was crushed after I learned about all of the many services available for students like me. I began taking advantage of these services and my grades improved drastically.

I had to spend more time at school, but it paid off in the end. It has been two years since then, and I glad to tell you that I did it. I am graduating from De Anza with two A.A. degrees, and I will be transferring this fall to San José State University, where I will be pursuing a bachelors’s degree in communication studies.

It was not easy to get to this point in my life, but here I am, and now it is your turn. I cannot claim that I made this happen on my own because there were plenty of people that contributed to my success. For this reason, I would like to thank my family and friends, the staff from the many service offices on campus, and the institutions that helped me with attaining higher education.

This is my advice for all of you considering following the path of education. I say: Just do it. You will not regret it.