Amrit: Don't Get Stuck In the What-Ifs 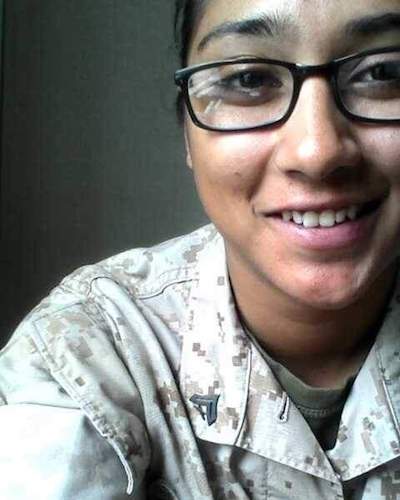 I came from a family where going to college meant taking out student loans.

I was the youngest of three and, after seeing my siblings go through the struggle, the headache, I didn’t want to do that. I decided to work first, save money and then go to college. However, come my senior year, a Marine recruiter came into my Economics class and the rest was history.

I was pretty much convinced from that point that I was going to be a Marine. I skipped out on my SAT’s/CAT’s, took the ASVAB instead, and after graduation, went off to boot camp instead of going off to college.

I enlisted as a 3531 Motor Transport Operator, which is fancy talk for military truck driver. My first duty station was Okinawa, Japan, and it was there where I started taking classes, after work, at the University of Maryland University College. (Why did they call it “university” twice? Who knows?) I only went to college to see if I could do it – and also to get out of doing Marine stuff like field day and Motor T stuff like driving at ridiculous hour of the night. It didn’t last long though. I called it quits after three semesters.

It wasn’t until I was getting out of the Marines that I seriously started thinking about college again. I was stationed in Camp Pendleton by the end of my four years,  when I decided it was time to move on, to un-pause my civilian life and try to go back to normal.

Finding It Hard to Adjust

I figured college would put things in perspective but it brought new problems. I moved to Los Angeles, a new city for me, spent the first year taking random classes and found out it was hard to adjust.

When I left the military, I also left my family. They were no longer down the hall in the barracks anymore. No more beer garden parties. You realize what brought you all together, the REALLY dark humor, was too dark for civilians. Nowhere else can you laugh about dead babies than in the Marine Corps. With that, I came out of the military a little insensitive, straightforward, and blunt. Turns out, a lot of people would call that being an a--hole.

There were also midterms, finals and fighting for a decent parking spot – but there was coffee for that. Most of the problems had to do with the fact that these kids I was in college with, where just that: KIDS. They were right out of high school – 18, 19, some 17 years old – and I was 22. I was a Marine, well-traveled; I could LEGALLY drink. It’s insulting that these frat kids think they can out drink a Marine. 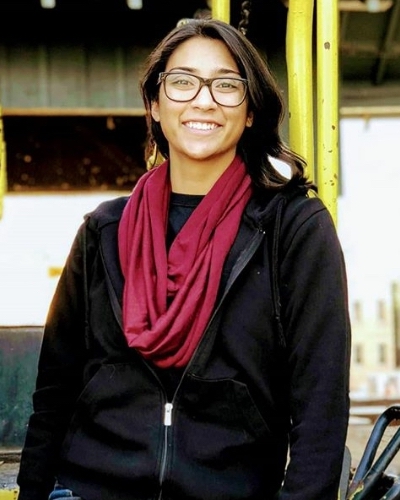 After trying out different things my first year, hanging around the veteran center at school, I surprisingly ended up being really drawn towards the arts. I found a way to transform my crudeness into laughter for other people. I ultimately got involved in the entertainment industry and, by my third year in L.A., I was acting, writing, doing backstage work (stage ninjas!), and found myself applying military experience and knowledge to some of my work. Adam Driver (who played Kylo Ren) talked about doing a similar thing and he really inspired me through out my time in L.A.

The Marine Corps molded me into the successful person I am now. Before, I was a C-average student in high school. I didn’t try 100% at anything. I had no motivation for college nor did I have a clue on what I was going to do with my life. But the military did what it did best and gave me the discipline that helped me strive. Spite is also a great motivation. To everyone who said I’d be living in a van down by the river (figuratively): Eight years and five colleges later, I graduated from De Anza in December 2019 with a 3.8 GPA, Summa Cum Laude, on my way to UC Santa Cruz.

Looking back, I don’t know if I would do anything differently. Everything happens when it does for a reason. In the midst of debating with myself about whether or not I was going to reenlist, my SSgt came up to me and said, “Listen, I ain’t here to convince you to do sh--. You stay, great. You leave, fantastic. Don’t get stuck in the what-ifs. Know and realize that the grass isn’t always greener on the other side, just a different shade of brown.”

So don’t glorify what you are missing. With every barracks party came mandatory field day every Thursday. The smell of gunpowder from the MK 19 (automatic grenade launchers) is LITERALLY the best thing but is it really worth the six-day field op in the rain with 5 a.m. reveille and for some reason you are stuck on fire watch with the one person that doesn’t shower. All that prepared us for the real world. I’ve learned I’m not alone with the way I felt during transition. We all miss it but we survived much worse than midterms and finals. You’re never alone in this.