"Were it left to me to decide whether we should have a government without newspapers, or newspapers without a government, I should not hesitate a moment to prefer the latter."

Farideh Dada is a journalism instructor at De Anza and San Jose State University. She has been teaching journalism since 2007. She has also taught nearby at San Jose City College and Menlo College in Atherton. Professor Dada's education began in her native Iran, in the capital city of Tehran. An alum of the Chips Quinn Scholars program, she graduated from San Jose State University and a few other places. Professor Dada is a former newspaper reporter and editor. She calls herself "a peace-loving Iranian-American-World Citizen with much love for the profession of journalism and for the students who represent its future." 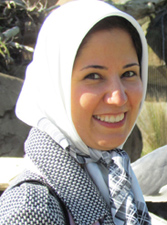 It varies each quarter. Email to set an appointment.