Brian Murphy, who retired as president of De Anza College this summer, was featured in this July 9 profile written by Lois Elfman for Diverse: Issues in Higher Education, a magazine and website.

Only the third president in the history of De Anza College, Dr. Brian Murphy has set a national standard not only for educational excellence, but also for a comprehensive commitment to social justice. During his tenure, he’s promoted initiatives to recruit students from historically underserved populations coupled with aggressive retention efforts. 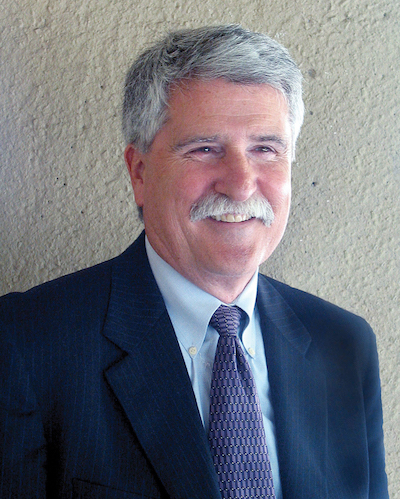 At the community college in Northern California with an enrollment of approximately 24,000, Murphy has provided leadership that has brought the diverse student population together in support of inclusion, respect and civic engagement, according to those who know him.

De Anza College promotes itself as “Tops in Transfer,” with a significant percentage of the student body successfully transferring to four-year institutions and going on to earn bachelor’s and advanced degrees.

None of the accomplishments achieved during Murphy’s presidency were the result of simply saying the words. Each development required deep thought, careful planning, consensus-building and follow-through. As he steps down from his presidential post, he leaves a legacy of inspiration, collaboration and community.

“The role of the president is to articulate his vision around civic and politic work,” says Murphy in an interview with Diverse. “But if you don’t deliver in the budgets and work collaboratively with the academic senate, budget committees and staff to try to put meat on the vision, then it’s mostly smoke.”

“Access without the capacity for success is a bit hollow,” says Murphy. “It is sort of sad to me that affordability eclipses what is the genuine genius of the community college, which is the ability to engage the astonishing diversity of students who come to us.”

Murphy came to De Anza with a diverse background. He earned his bachelor’s degree in political science at Williams College and master’s and doctoral degrees in political science from University of California, Berkeley. He has taught, done research and traveled internationally. There is also a long history of political engagement.

Murphy credits the “exceptionally talented faculty and staff,” who have embraced the equity framework, with being cornerstones of De Anza’s high transfer rate.

About 72 percent of the student population is bilingual. Even though approximately 85 percent of them lack college-level mathematics and compositional skills, they have ability. The goal is to engage those students and pull them into their genuine capacities. Then, Murphy says, the students are motivated to excel.

To monitor student success and intervene on issues, there are early alert systems, cohort programs and extra counselors and advisers. One key element Murphy notes is getting students engaged in their own work. There are pedagogical models based on cohort organization and group learning. By example, LEAD (Latina/o Empowerment at De Anza) is organized around the concept of family, with students taking responsibility for each other and working collaboratively.

Cultivating comprehensive diversity and inclusion begins with people who are fundamentally committed to a social vision and the idea of what California could become — a robust, multi-cultural democracy.

“People are really animated by that view, by that sense of our having a broader social mission. Then, you have organizers,” says Murphy, adding that the board knew when they hired him that he brought a history of civic and political engagement to the job.

De Anza has outreach staff who are organizers—administrators, counselors, staff and student ambassadors. They’re not waiting for students to come to them. They work with 50 local high schools and engage with the community by working with diverse people and being open and accessible.

“We are purposefully blurring the lines between the institution and the communities we serve,” Murphy says. “If you start with a social mission, you have people who are genuinely committed to a democratic vision of the society and they know how to organize…You’re trying to demystify the whole image of what a college is. It’s not some distant thing. It’s engaging you.”

In the 13 years since Murphy launched a comprehensive strategic plan, there has been significant expansion in De Anza’s Office of Outreach and Relations with Schools. The points in this educational master plan are outreach to historically underserved students, particularly Hispanic, African-American and Filipino; individualized attention to student retention and success; equity and community and civic engagement.

“It lies in the hiring and cultivating of people who are genuinely committed to go out into the communities to bring people to us,” says Murphy. “Once we’ve managed to bring an increasingly diverse student body here, then it depends on the skills, abilities and heart of the men and women who work here.”

“Anybody who thinks that the role of the community college is exclusively vocational is not only condescending, but participating in the further marginalization of the men and women we serve,” says Murphy. “The work is to put your budgets together. Empower faculty to create projects, institutes and organization.”

In order to fulfill its diversity and inclusion mission, De Anza College has an extremely diverse faculty and staff, most of whom are multilingual. Many come from the cultures from which the students come. Murphy says academic studies have shown the value of such diversity by giving students a sense of belonging.

While budgets have been underfunded over the past two decades, Murphy says California historically invested greatly in the infrastructure of higher education. This includes a world-renowned research university, an excellent state school network and the community colleges. De Anza leadership says the college plays an important role in the economic, cultural and social development of the region.

“What we’ve been arguing, and I think our students have been producing, is a positive impact on the public policy and politics of the region,” he adds. “There isn’t any social justice process in Silicon Valley that De Anza’s not involved in. The living wage campaign, affordable housing, transportation — you see De Anza graduates everywhere. That’s because we’re very self-conscious that success in this state, arguably in the country, depends on having more than vocational skills. It depends on having political skills, social skills, ability to organize and being engaged in your community for positive good.
“Those aren’t, for us, just clichés. They’re actually put into projects and programs.”

“I’m going to be working with colleagues in The Democracy Commitment and in the broader national network of Campus Compact in projects and programs that aim to deepen the political engagement of community college students,” says Murphy. “What we can do to help community college students be more engaged in the political process, more knowledgeable about public policy and less alienated and dissociated from the institutions of power.”