Congratulations to Our Graduating Students!

Approximately 1,300 students will graduate from the college with degrees this year, with an additional 500 earning certificates in career fields. Graduates are transferring to numerous UC and CSU campuses and have been accepted to public and private universities nationwide, including the University of Southern California as well as Santa Clara, Columbia, Cornell, Boston and Drexel universities, among many others.

Numerous year-end celebrations to recognize student accomplishments in learning communities, other special programs and the arts continue through June. See this webpage and the events calendar for details.

Faculty and Staff Info for Commencement

Faculty, staff and administrators are encouraged to attend the commencement ceremony from 9-11 a.m. on Saturday, June 29, in the newly renovated Stadium and to march in the procession. Faculty and staff who have not yet obtained a cap and gown must do so through the bookstore by 5 p.m. next Monday, June 17.

No high heels are permitted on the field in order to protect the new turf. Only flat shoes are allowed.
Lineup for the procession will begin promptly at 8:45 a.m. Those on stage (deans and retiring faculty) will line up in back of the Administration Building. Faculty and staff will line up across from the Science Center near the gate to the field, opposite the graduating students. Signage with instructions will be posted.

Extensive commencement information for students and their families is available at www.deanza.edu/graduation/ 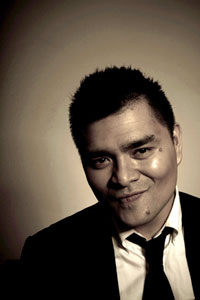 Jose Antonio Vargas, an immigration reform advocate who won a Pulitzer Prize while a reporter at the Washington Post, will be the keynote speaker at De Anza College's 46th annual commencement ceremony.

Vargas is the founder of Define American, a campaign to elevate the national conversation around immigration. In June 2011, he publicly announced his own status as an undocumented immigrant in The New York Times Magazine, with a follow-up cover feature published the next year in Time magazine. He recently testified before the U.S. Senate Judiciary Committee on immigration reform. "Documented," a film he wrote about his experiences and that marks his debut as a film director, will premiere June 21 in Washington, DC, at AFI Docs, the American Film Institute's documentary festival. He previously wrote and co-produced "The Other City," a film based on his 2006 series for the Washington Post on HIV/AIDS in the nation's capital.

He also reported on tech and video game culture and the 2008 presidential campaign for the Washington Post, where he was part of the team that won a Pulitzer Prize for its coverage of the shootings at Virginia Tech. He then served as a senior contributing editor at the Huffington Post, launching both the Technology and College sections of the publication. Vargas' work has appeared in the San Francisco Chronicle, Philadelphia Daily News, The Atlantic, Rolling Stone and the New Yorker, for which he profiled Facebook founder Mark Zuckerberg. He has been a guest on Nightline and The Colbert Report, among other TV shows. He is a graduate of Mountain View High School and San Francisco State University.

Vargas' complete bio may be found on De Anza's graduation webpage, with additional detail on his own website: www.joseantoniovargas.com.

Angelica "Angie" Esquivel graduates with an A.A. degree in Liberal Arts with an emphasis on Math, Science and Engineering. She will attend UCLA in the fall, where she will major in sociology and minor in public health.

She was inspired to pursue a career in the health field in part because her father dreamed of her becoming a doctor and helping the less fortunate, and because she has witnessed firsthand the health care challenges experienced by the undocumented community.

Esquivel's initial goal was to be a nurse, but she discovered that she would be ineligible because of her immigration status. When she learned from her counselor at De Anza about opportunities in public health, she realized that the field is an ideal intersection of her interests in health, politics, community involvement and social change.

"I fell in love with the different possibilities because I'm able to continue to use the skills I've gained as a community organizer as well as remain in the health field," Esquivel says. "I want to be an educator and advocate for the resources people need in order to live a just and healthy life." At De Anza, Esquivel was an active member of the Integral Movement for AB 540 Student Success (IMASS) Club.

Shaila Ramos, graduating with an A.A. degree in Liberal Arts with a focus on Leadership and Social Justice, is transferring in the fall to UC Santa Cruz, where she will major in Peace and Conflict Studies.

A student organizer in 2010 in support of the California Dream Act, her goal is to become a lawyer and establish a nonprofit to advocate for immigrant rights. Ramos served in leadership roles for the IMASS Club and the Higher Education for AB 540 Students (HEFAS) program and was elected executive vice president of the De Anza Associated Student Body (DASB) for 2011-12.

She also was an intern in the college's Office of Equity, Social Justice and Multicultural Education, the Institute of Community and Civic Engagement (ICCE), and the Intercultural/International Studies (IIS) Division. The initial group in which she participated at De Anza was the First Year Experience learning community.

"I have been a strong advocate for higher education ever since I realized that my voice had power," Ramos says. "As an activist, community organizer and undocumented student, I have found my voice."