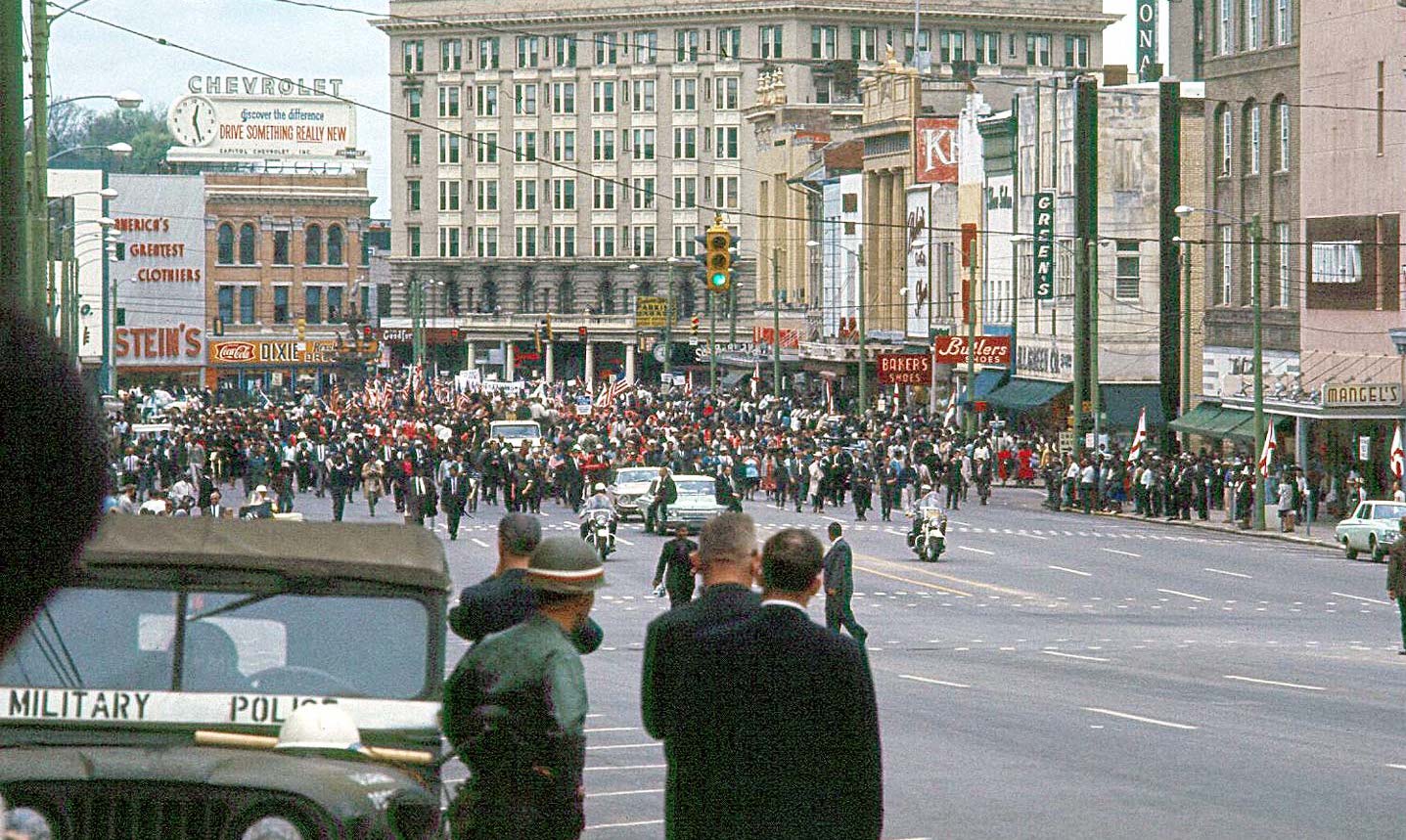 On Thursday morning, March 25, 1965, Fred Stone, then a 23-year-old college student at Alabama’s Tuskegee Institute, made a familiar 40-mile drive from his college to Montgomery, the largest city around and the state capital of Alabama.

The night before, students listening to radio news reports announced that “something big” was happening the next day in Montgomery. Although not particularly political, Fred was an avid amateur photographer. So the next morning, Fred and three student friends piled into his Volkswagen Beetle to drive to Montgomery and take up position downtown, planning to photograph civil rights marchers arriving at the Capitol building.

Thus, an ordinary young man became a witness to and documenter of history. 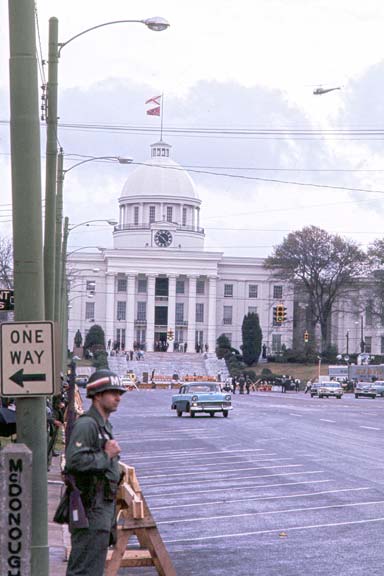 Helicopter flies over state Capitol as military police stand guard ahead of the march. (Fred Stone)

SNCC’s young activists by the early 1960s were the most militant, uncompromising branch of the civil rights movement. The SNCC’s 1964 Mississippi Freedom Summer had been a campaign by Black and white college students to register and politically organize African Americans in a deep Southern, violently white supremacist state. Despite the horrific violence that the SNCC workers had met – and the slow headway they made in registering Black Mississippians – the SNCC and Lewis were eager to join with other civil rights groups in the fight for voting rights in neighboring Alabama.

King’s SCLC made its major commitment of 1965 to organizing mass nonviolent demonstrations demanding that all Americans be free to vote.

Immediately upon passage of the 1964 Civil Rights Act that dismantled legal racial segregation and discrimination nationwide, the SCLC pivoted to request equally sweeping new legislation to ensure voting rights. Initially rebuffed by the Johnson administration, which held that new federal legislation would be too much, too soon after the just-passed Civil Rights Act, King and the SCLC planned to put pressure on the U.S. government to act by mounting a campaign of mass nonviolent demonstrations. 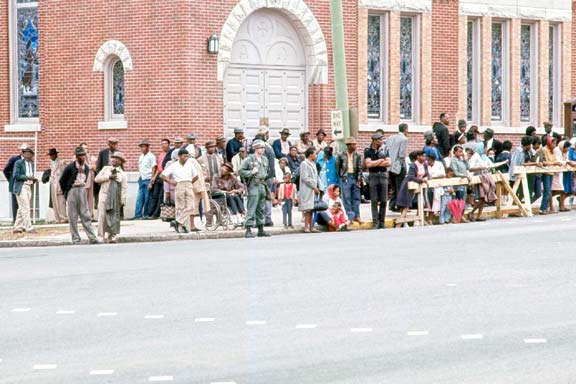 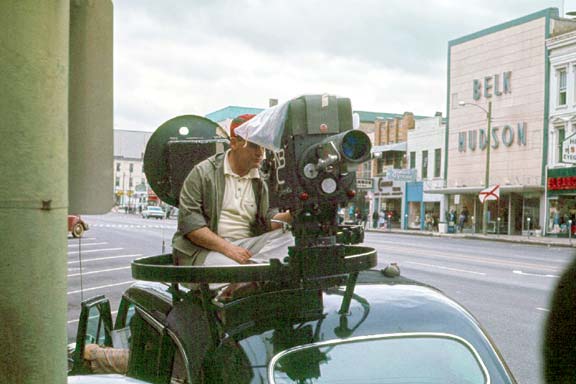 King would later say that the 1965 Voting Rights Act had been “written on the streets of Selma.”

The Selma protests campaign and consequent passage of the Voting Right Act was one of the greatest victories of the civil rights movement, a Black-led, multiracial movement in the 1950s and 1960s that organized many people – most of them “ordinary” and many of them young – to stage mass, nonviolent protests to pressure authorities to accept their democratic demands.

The Selma protesters sought to expose the many methods long used in the South, such as literacy tests and unannounced closings and reduced hours at registration and polling sites favored by Blacks, to disenfranchise African Americans.