For more than 35 years, the Chicago-based MacArthur Foundation has handed out annual cash awards to a handful of talented artists, scientists, activists and others who are singled out for their “exceptional creativity” and the potential for making a significant impact in their fields. This year's winners include two former De Anza College students.

Raj Jayadev, a community organizer, followed a winding path from his days playing video games in the Campus Center to launching a community magazine, Silicon Valley De-Bug, which evolved into a new approach to social justice that’s being adopted around the country. The MacArthur Foundation calls it "a model of grassroots collective activism." 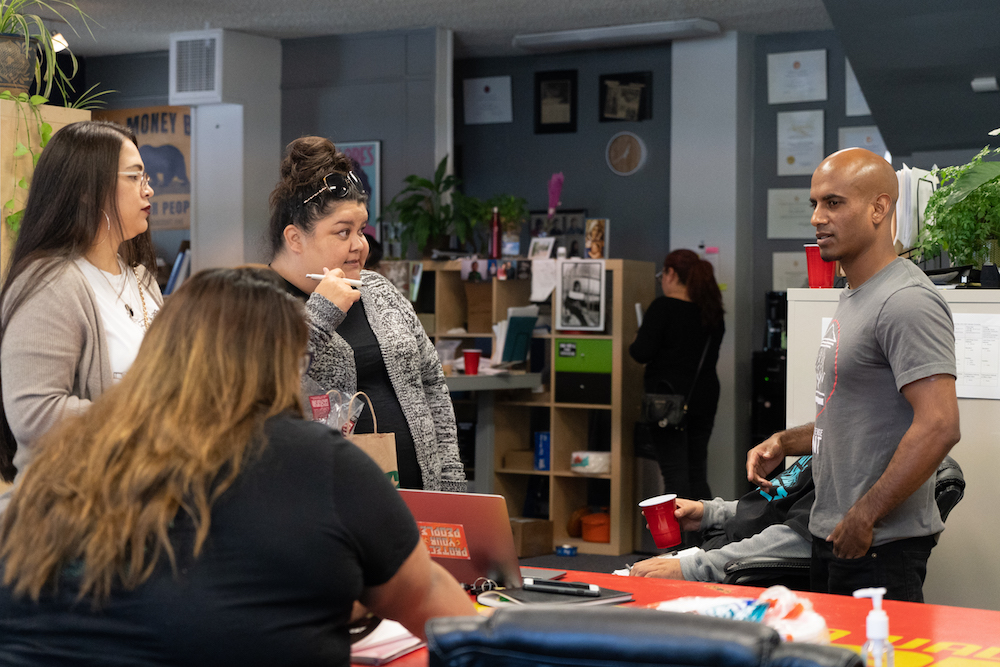 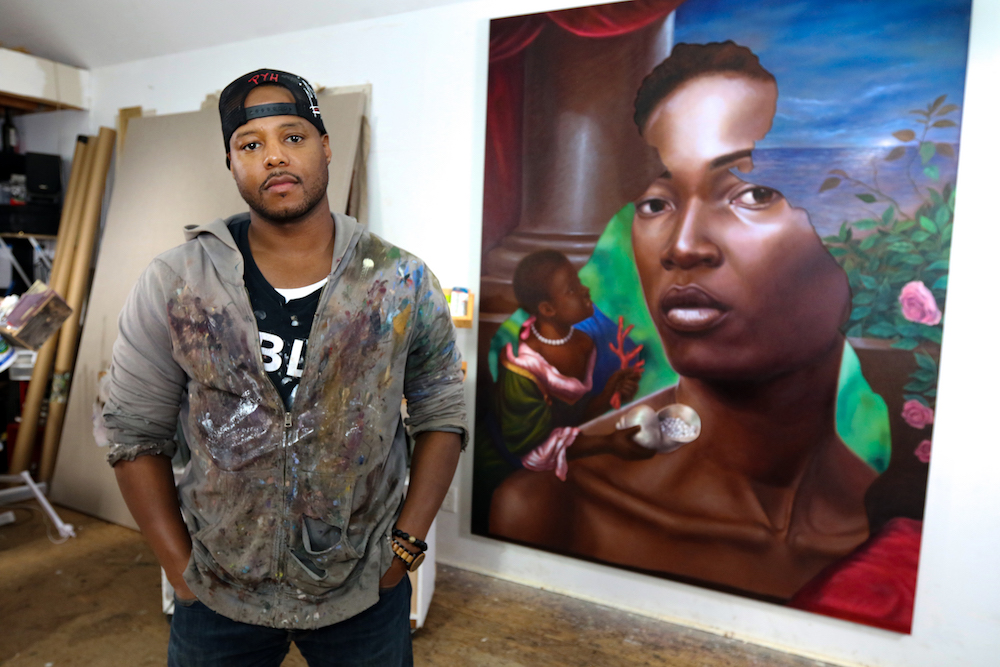 Titus Kaphar, a painter and sculptor, is nationally renowned for his commitment to examining social issues and changing the way people of color are viewed in art. His paintings have been featured on the cover of Time magazine and are currently on display in the Smithsonian National Portrait Gallery in Washington, D.C.

Kaphar and Jayadev are among 25 recipients of this year’s MacArthur Fellowships, which provide $625,000 to each recipient. The John D. and Catherine T. MacArthur Foundation says the awards, which some have dubbed "Genius Grants," are intended to help recipients pursue their personal goals without “strings” or conditions on how they use the money.

While they work in different fields, on opposite sides of the country, the two De Anza alumni have a common bond: Each is committed to social change, and each has acknowledged the important role that De Anza and other community colleges play in their work. 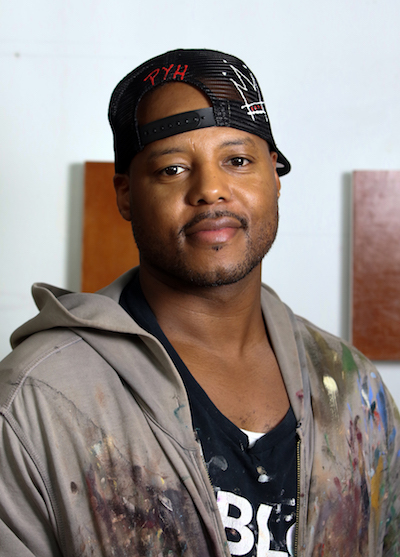 Titus Kaphar was a De Anza student in the late 1990s, but he's returned more than once as an artist in residence at the Euphrat Museum of Art – guiding students in their own artistic explorations of issues like incarceration and protest.

Kaphar, 42, has said he takes an intensely personal approach to making art that examines such issues as the legacy of slavery and the way people of color have been represented – or ignored – in traditional art.

One noted work, "The Jerome Project," grew out of his own research into his father’s prison record. After finding dozens of men with the same name, he sketched a series of portraits and partly covered each one in tar, to represent the years each spent in prison.

Another work, "Behind the Myth of Benevolence," shows a portrait of Thomas Jefferson, with the canvas peeled back to reveal the image of a dark-skinned woman.

Kaphar was commissioned by Time to create an image of people protesting police abuse for a 2015 magazine cover. He lives in New Haven, Connecticut, where he’s the founder and president of NXTHVN, a studio space and “incubator” for artists.

After attending De Anza, Kaphar earned a bachelor’s degree at San José State and a master’s in fine arts from Yale. In a 2015 interview, he credited Euphrat director Diana Argabrite with giving him an early opportunity to teach other students about art – an experience that he found inspiring.

“My time at De Anza planted the seeds for the content that would become the focus of my artistic practice,” he said. 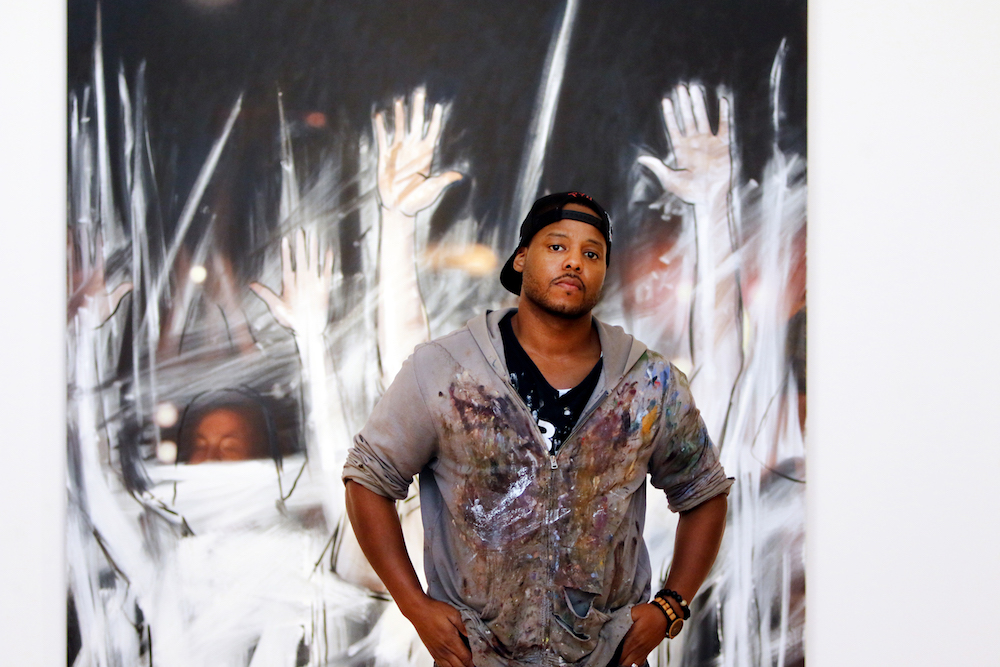 Raj Jayadev admits he wasn’t the most intensely focused student when he took classes at De Anza two decades ago.

“I remember I played a lot of ‘Street Fighter’ back then,” he joked about the popular video game.

Jayadev, 43, went on to earn a bachelor’s degree in political science at UCLA, then returned to Silicon Valley and a temp job at a tech assembly plant. He wrote an essay about “the other side of Silicon Valley” – in which immigrants and fellow temp workers struggled to survive on low wages and few benefits.

The essay led to a grant for a low-budget magazine. Soon, “Silicon Valley De-Bug” was a hub for local artists and cultural activists. After some had uncomfortable brushes with the law, they branched into advocating for fair treatment and accountability from police and courts.

De-Bug members also developed a model for what they call “participatory defense” – in which family members of accused individuals will actively assist public defenders in gathering case information and producing video profiles that humanize their clients.

Through activism, Jayadev said he's worked closely with De Anza's Cynthia Kaufman, faculty director of De Anza's Vasconcellos Institute for Democracy in Action, and several De Anza students who have volunteered at De-Bug. He said community college students can have an important impact because they understand social issues from their own lives.

“This work is based on personal relationships and lived experience,” Jayadev said. He offered this advice to students interested in social justice: “The best thing to do is to get involved as much as possible.” 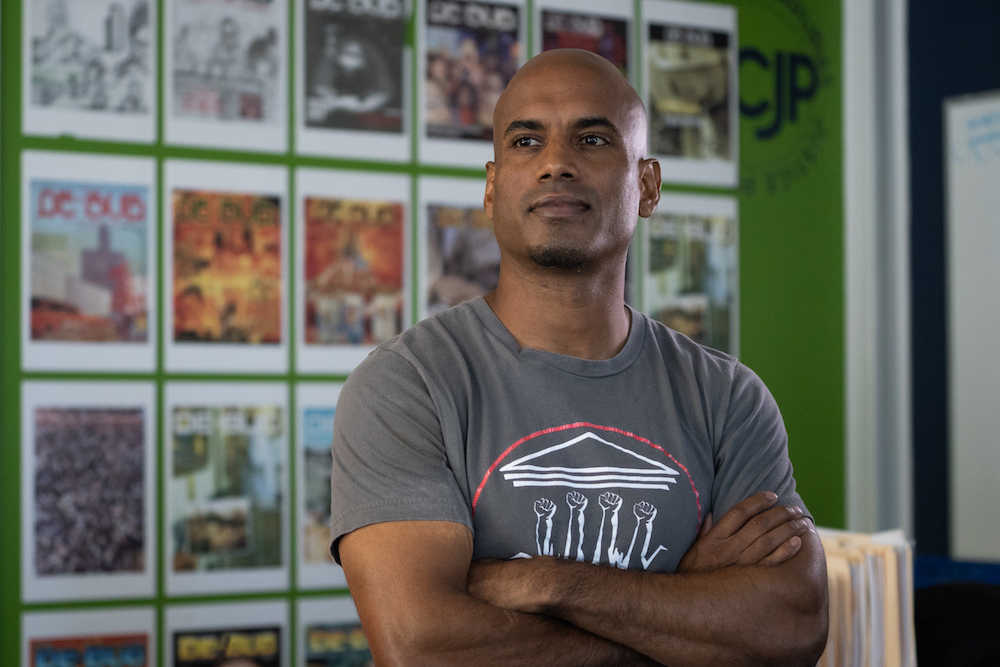