What is the Student Trustee?

The Student Trustees are seated with the elected trustees at all public meetings of the Board and will be recognized at those meetings as full members of the Board for the purpose of questioning witnesses, discussing issues and making and seconding motions. 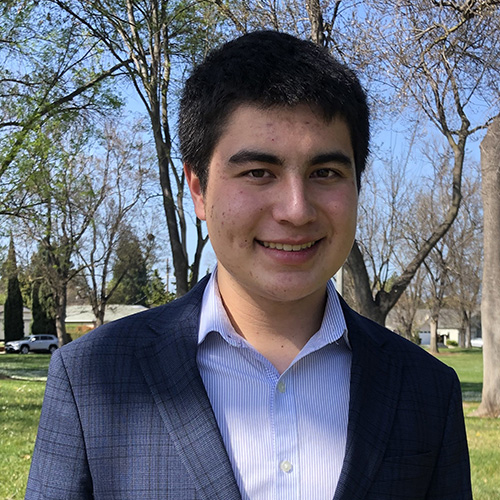 Max Meyberg was elected student trustee at De Anza College for the 2020-2021 academic year. He is a sophomore studying business and marketing and enjoys, spending time with his family and friends, walking his dogs, studying, and learning about real estate.

Max was born and raised in the Bay Area and is passionate about connecting people with their local communities. During the summer, Max is a volunteer English teacher for disadvantaged international youth abroad, where he experiences teaching and collaborating in a diverse and contrasting environment from what most experience. He continues to cultivate strong relationships between both teachers and students, many who face daily struggles, to ensure fair representation and provide the best opportunities to succeed.

As the Student Trustee at De Anza College, Max plans to understand and support the economic, social, and demographic needs of the student community to ensure a successful college education, while finding the balance of the district mission and community goals.

Please reach out! Your input helps the Student Trustee better represent you.