Below is a list of planetarium shows available for your school's virtual field trip.

Patterns in the Sky

We all know the Sun moves in the sky. Is there a pattern to that motion? Observe and learn about the day to day (and night to night!) motions of the Sun, stars, and more. We use our virtual planetarium as a time machine to discover these patterns and to make predictions.

Humans have been tracking the motions of celestial bodies for thousands of years. What patterns emerge from these motions? In our virtual planetarium, observe the cycles of the Sun, Moon, and stars to learn how they work and to make predictions about their motion.

We are surrounded by cycles every day. The Sun and stars move in a regular pattern. But some cycles are longer, and more chaotic. Climate can be considered average weather over long periods of time, and climate is changing globally. What can hurricanes teach us about climate, and what does the future hold?

Everything in space moves, and these multiple motions combine into a celestial dance. Some moves are simple, some are complex. Observing these motions is the key to unlocking the secrets of moon phases, eclipses, and seasonal changes in the positions of the Sun and the stars.

The Gravity of the Cosmos - Solar System, Milky Way and Gravity

The Solar System is more than just the Sun and the planets. It includes a plethora of objects, but their motions are all ruled by gravity. An understanding of gravity explains the birth of the Solar System, the orbits of the planets, and even the structures of galaxies. Explore the Solar System and more in an real-time simulation, piloted by an expert presenter.

The Moon and Stars

On clear nights, many people enjoy looking at the Moon and finding constellations. The Moon is unique in that it changes its appearance and position everyday. The stars vary less day to day, but do follow seasonal patterns. Observe the Moon and the stars in our virtual time machine planetarium. Learn to predict Moon phases and how to find constellations in the real sky.

Below is a list of planetarium shows available for your school's in-person field trip.

Secret of the Cardboard Rocket 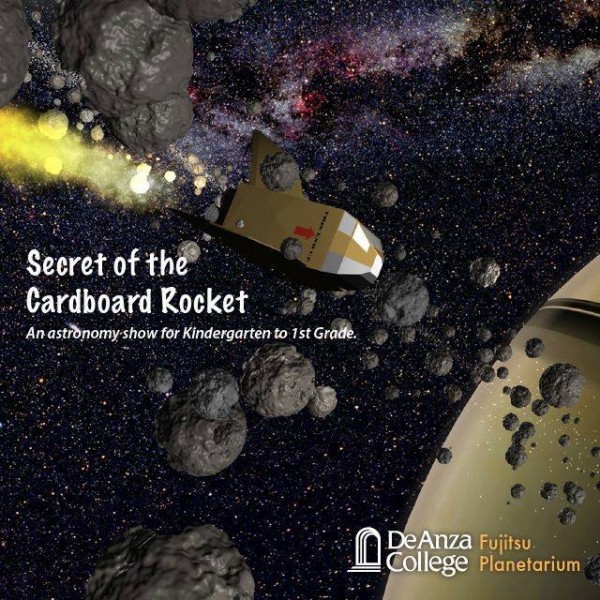 Climb aboard a magical cardboard rocket with two young adventurers, Marcus and Bonnie, and experience a breathtaking, up-close look at each of our solar system's planets with guidance from “Astronomy Book” - a character personified by a wise, kind old man. It's not until the end of the adventure when you find out what the true secret of the rocket is - something that makes this apparently impossible trip to the edges of the universe and back become possible.

The Little Star That Could 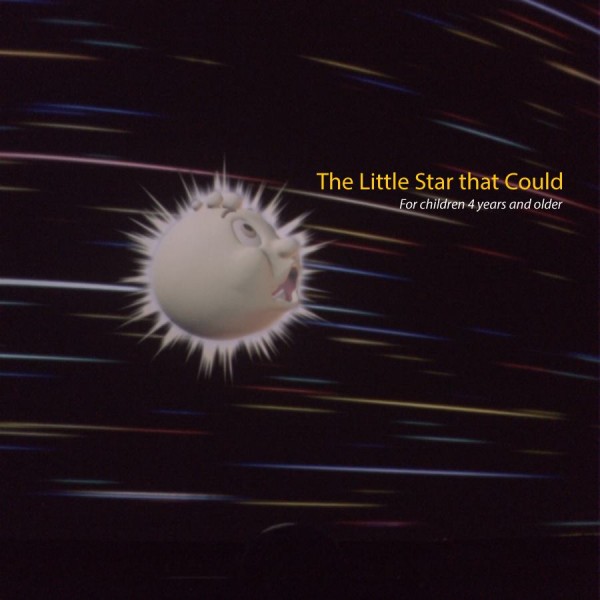 A story about Little Star, an average yellow star in search for planets of his own to protect and warm. Along the way, he meets other stars, learns what makes each star special, and discovers that stars combine to form star clusters and galaxies. Eventually, Little Star finds his planets. Each planet is introduced to the audience with basic information about our Solar System.

This is Our Sky

Join Luna and her friends for an exploration of the sky which includes phases of the Moon, seasons, constellations and planets. This is Our Sky! is a general astronomy show that contains elements of interest spanning a wide range of audiences. 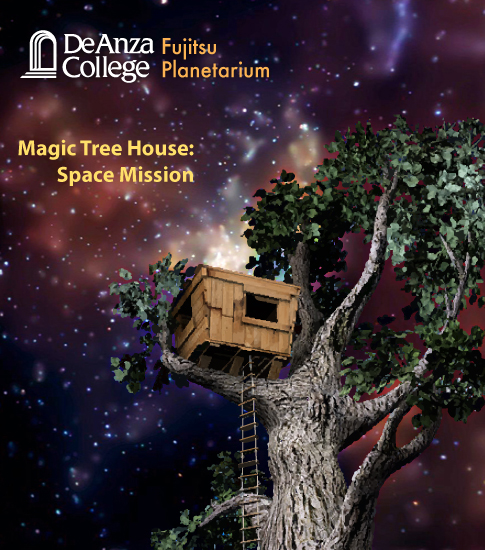 In Magic Tree House® Space Mission, a mysterious “M” sends the intrepid Jack and Annie on a fun-filled journey to discover the secrets of the sun, moon, planets, space travel and more.  Aligned with early elementary information skills learning objectives, this beautifully-produced show is a winner with Magic Tree House® fans of all ages and school audiences alike. 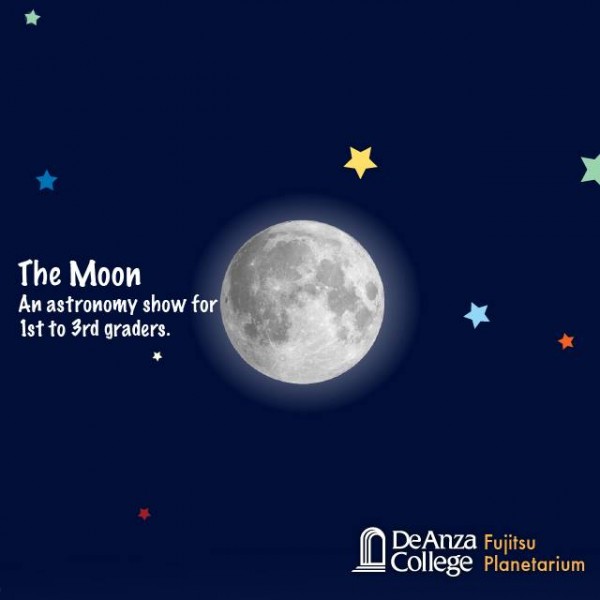 Have you ever wondered what makes the Moon so special? Apart from the Sun, the Moon is one of the brightest objects in the sky and it’s the second place, other than the Earth, that humans have set foot. Come and learn about the Moon’s phases, craters and other characteristics that make the Moon a very special place.

Legends of the Nigh Sky: Orion

Orion is one of the most prominent Constellations in the winter night sky. With is famous belt made of three stars it is sure to be one of your favorite constellations, come join us as we take an imaginative look at the story and legend of Orion, the Great Hunter of the Winter Sky.

“Totality” is a fascinating look at all the wonders of eclipses, especially total solar eclipses. This program, produced by Bays Mountain Planetarium, examines what eclipses are, how and when they occur, and what wonderful sights they create. Look back to a fascinating period in scientific discovery when general relativity was proven with the photographic recording of a total solar eclipse.

"Totality" includes a variety of wonderful styles – from spectacular space environments to humorous pop-up books. A very special part of the show illustrates, in a very human way, what happens when you are caught in the shadow of the Moon and the Sun is plunged into a total solar eclipse. You will love this program!

Explore the relationship between the Earth, Moon and Sun with the help of an amusing character adapted from Native American oral traditions who has many misconceptions about our home planet and its most familiar neighbors. How do the Earth, Moon and Sun work together as a system and what is the myth and science behind it? Why does the Sun rise and set? Why do we see different constellations during different seasons? What is an eclipse? Learn about the Moon's phases and orbit. Explore past and future space travel to our Moon and beyond.

Travel from the outermost reaches of the solar system taking in the wonders of the planets and their moons, from Pluto to Earth, zoom past planets revolving above you. See the ringed systems of the outer planets and the detail of various moons, all digitally rendered using real images from satellites. Finally, return home to Earth and contrast our home planet with the other worlds you've explored. 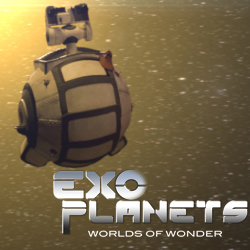 Follow mankind's first Space Probe as it journeys outside our solar system to the many new worlds astronomers are discovering beyond. Visit Gas Giants caught in a deadly dance with their host stars, frozen rogue planets hurling through space, molten rocky worlds now known to science and new planets drifting comfortably within the area around a star where Earth-like worlds may exist. Discover new insights about our own Earth, Moon, Sun and the remarkable Solar System we inhabit.

Witness the formation of the first hydrogen atoms after the Big Bang and then watch how those hydrogen atoms gather into galaxies and stars. Learn how the stars forged all the atoms needed to make life. See the creation of planet Earth and follow the atoms and molecules through evolution.

The exploration of space is the greatest endeavor that humankind has ever undertaken. What does it take to be part of this incredible journey? What does it take to become an astronaut? Explore the amazing worlds of the microscopic regions of the human body to floating around the International Space Station and experience a rocket launch from inside the body of an astronaut as this immersive planetarium show takes you from Earth into Space and beyond.

Every star has a story. Some are as old as time, faint and almost forgotten. Others burn bright and end their lives in powerful explosions. New stars are created every day, born of vast clouds of gas and dust. Through every phase of their existence, stars release the energy that powers the Universe. Journey to the farthest reaches of our galaxy and experience both the awesome beauty and destructive power of STARS.

The Sun: Our Living Star 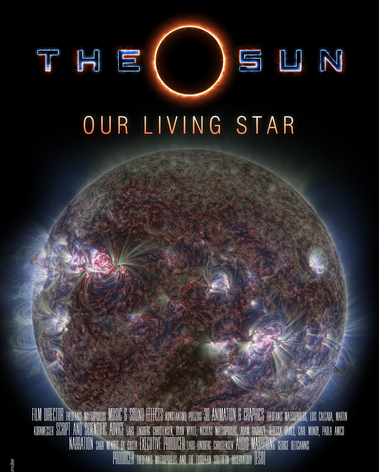 The Sun has shone on our world for four and a half billion years. The light that warms our skin today has been felt by every person who has ever lived. It is our nearest star and our planet’s powerhouse, the source of the energy that drives our winds, our weather and all life. The passage of the Sun’s fiery disc across the sky — day by day, month by month — was the only way to keep track of time for countless past civilizations. Discover the secrets of our star in this planetarium show and experience never-before-seen images of the Sun’s violent surface in immersive full dome format.

Saturn: Jewel of the Heavens 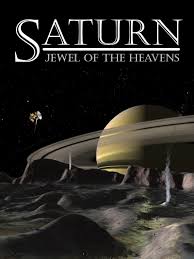 Once a planet of great mystery, now we know more than ever before about its amazing system of rings, moons, and storms thanks to modern robotic space pioneers. From its bizarre moons with mysterious features, to the millions of icy particles that compose the enigmatic rings, this is the three-dimensional tour of the Saturnian system that goes beyond the CG experience - It's like flying piggyback on the Cassini spacecraft!

Black Holes: The Other Side of Infinity

There’s a place from which nothing escapes, not even light, where time and space literally come to end. It’s at this point, inside this fantastic riddle, that black holes exert their sway over the cosmos … and our imaginations.

For centuries, humanity has wondered whether we are alone in the Universe. Now, we are finally one step closer to knowing the answer. We'll explore what makes a planet "Earth-like" in the first place, and take an immersive full dome tour of several worlds that just might fit the conditions we're looking for. From water worlds to molten landscapes, inhabitable moons to planets with multiple suns, these exotic worlds aren't just science fiction anymore!

Follow Mike Brown and his team at CalTech as they uncover dwarf worlds like the remarkably bright Eris; Haumea, an egg-shaped object rotating incredibly fast; and Sedna, whose orbit takes it deep into the far reaches of the Solar System. Is there a new planet beyond these distant objects? Join us on the hunt!

Earth, it’s now a small world. The human race is connected better and faster than ever before but what about elsewhere? Could we one day be part of a galactic community sharing our knowledge and ideas?  Or is Earth the only planet with life? We Are Aliens takes you on an epic ride in the hunt for the evidence of alien life. 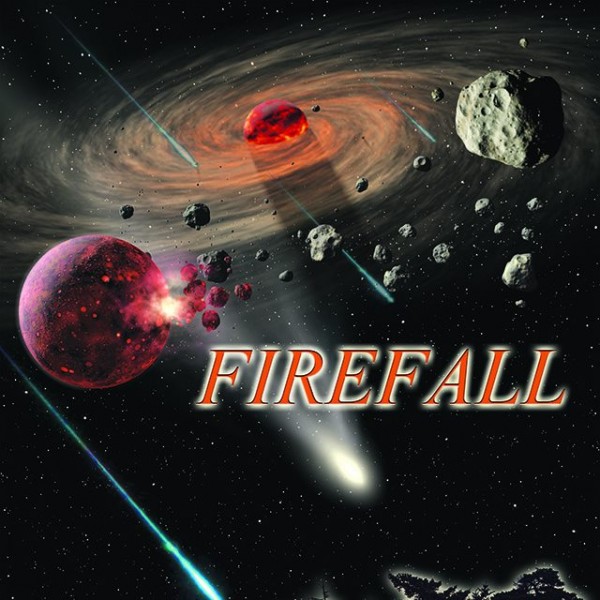 Throughout Earth’s violent history, impacts from comets and asteroids have mercilessly shaped its surface. The ancient barrage continues today; from harmless meteors to mountain sized boulders wandering perilously close to Earth. Terrifying and majestic, these invaders from space are capable of utter destruction yet life on Earth owes its very existence to these denizens of the solar system. This ceaseless FIREFALL is our only tangible connection to the Universe beyond and is an ever-present reminder of our own humble beginnings in the hostile environment of space.