Racheal: College Is a Different Beast 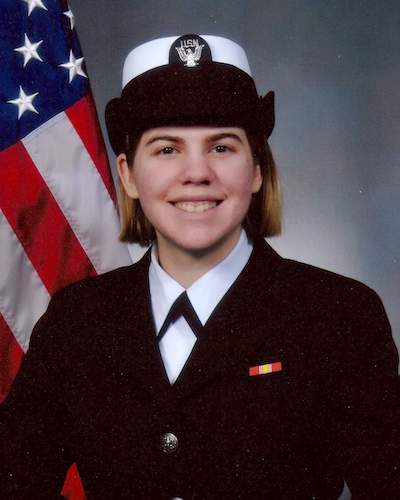 Although I didn’t come from a military family originally, I moved a lot throughout the country with my two brothers and dad.

By the time I graduated high school, I had attended three of them, which definitely didn't help when it came to figuring out the college thing. Neither of my parents had attended college, let alone even finished high school, and because my counselors barely knew who I was, they didn't offer me any guidance in that department either. I vaguely understood that college was the next logical step in the typical career progression. But at the time, the thought of just going for it without a clear plan was so overwhelming that I backed out of enrollment at the last minute and instead, on a whim, threw myself into the Navy.

Back then, my thought process was relatively simple: Making money was always beneficial, regardless of what my long-term plan was. And the more I could make, the better. With that in mind, I pushed myself to qualify for the highest paying job they had available. A year later, I officially joined the Navy as a nuclear reactor operator. Looking back, I can't help but almost admire my blissful ignorance concerning what I had signed myself up for: I graduated high school as an A/B student, but the standard-ness of the courses I took didn't prepare me at all for the one and a half years of training to follow.

Unlike high school, classes in the Navy were accelerated, homework was excessive, and after-class study hours were mandatory. Punishments for falling behind in our nuclear studies included additional mandated study hours and loss of the privilege to leave the base. These were great motivators to stay on top of things and, somehow, I made it through. At some point through the struggle, I learned to adapt to the fast pace and became a much better student as a result. And so, when the time came to leave the Navy, I felt confident that I could handle anything college threw at me, academically. However, I quickly learned that just being smart wasn’t enough to ensure a successful college career.

Schooling in the military is very similar to primary education, in that you don’t need to plan out your academic career to meet any particular goals. It was all done for you: What school to attend, what classes to take, what teachers you’d have, and what times you would attend are all decided for you, and you just had to show up.

On the other hand, college is a different beast entirely. No longer are you confined to the district in which you live. Choices of schools are limitless, with numerous pros and cons for each, all with unique classes, teachers, schedules and prestige. Additionally, academic standards are different between each of them. Not having a well-thought out plan can result in time wasted and major setbacks, depending on what your career goals are, if not done correctly – or if you decide to change trajectory. And, of course, the opportunity cost is higher when going to college, because you don’t have your parents or Uncle Sam to provide for all your living expenses.

Needless to say, the contrast between the weight of my decisions during and after the military was extreme. So much so, that I found myself falling back into my old habits of inaction, and I spent the next two years of my life doing a whole lot of nothing, while slowly depleting my savings and what was left of my confidence.

"Just Do What You Love"

Initially I couldn’t wait to leave the Navy and begin a fresh start – where I could regain control of my life and enjoy my newfound freedoms and, hopefully, find the career of my dreams. That didn’t happen. Without easing into it, I was once again quickly overwhelmed with the pressures of choosing the right school, the right plan, classes – on and on. Everyone around me seemed to say the same thing: “Just do what you love!” But I had no idea what would make me happy, but still pay the bills, and if I chose wrong, I would have wasted my G.I. Bill and my time for nothing. 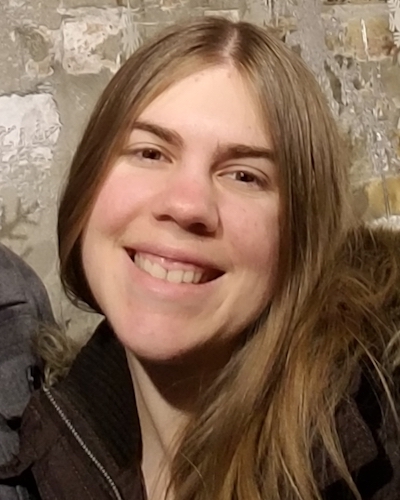 Gradually my mindset started to change, as influenced by my husband. My biggest concern with “doing what I loved” was that, over time, I was afraid that no matter how much I loved it, it would eventually start to feel too much like “work.” All around me, everyone I knew had to work until they physically couldn’t, but what if it didn’t have to be that way?

Doing some digging online, I came across stories of people following an approach known as FIRE: Financial Independence, Retire Early. It was a novel concept to me, focused around using intense savings and financial management techniques to, obviously, retire early, and it was incredibly appealing to me. If I only had to work a potentially unsatisfying job for just a few years, I think I could handle it. At that point, there would be very little risk to choosing the “wrong” career path, and I wouldn’t have to regret my decision for the rest of my life.

A Career in Accounting

So I broadened my standards for a career: stable, easy, and able to rake in a decent paycheck. I ended up settling on accounting, and from there, my education goals just fell into place. My husband and I decided on the Bay Area for the booming housing market and demand for accountants, and we are now attending De Anza College with plans to transfer to San José State University for fall 2020.

I can’t speak to everyone’s outlook on education or career goals, but the one thing that strikes me is how impactful the military, in general, was in expanding my options for post-secondary education. I recommend that anyone who doesn’t have a clear plan for the future to maybe give the military a shot if you think you can handle it.